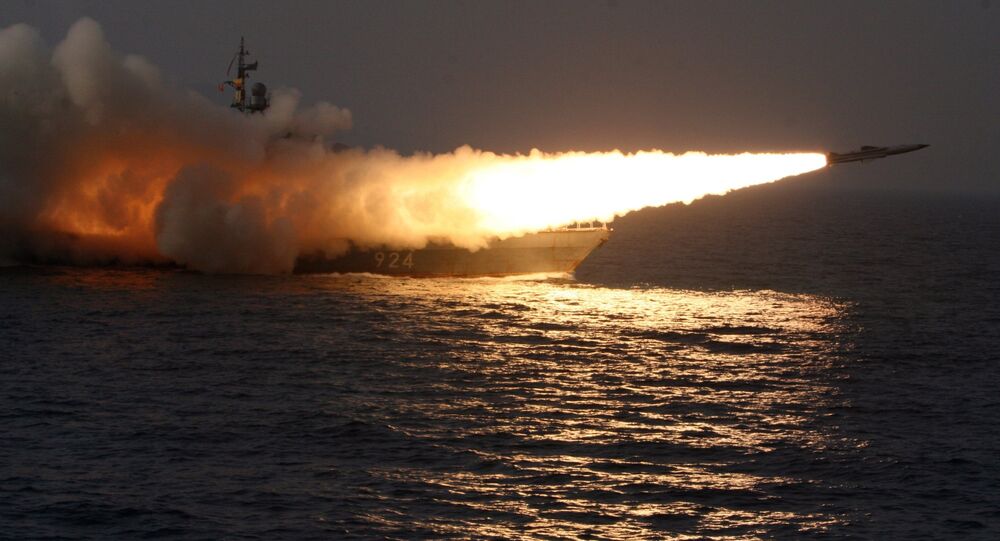 In an editorial on Saturday, the retired naval officer, writing on behalf of the neoconservative think tank The Hudson Institute, predicted that a bloody naval conflict with China was imminent.

The Former Deputy Undersecretary of the US Navy under both President Ronald Reagan and President George H.W. Bush penned a troubling editorial on Saturday calling on the Obama administration to taking a more hawkish stance against Chinese expansionism predicting that war with Beijing is inevitable and that the United States should do everything necessary to limit China’s strength in the meantime.

"A key component of the next president’s foreign policy must be to compel China to respect international law. Otherwise, we may be faced by a conflict with a growing navy at a time when ours is decreasing in size," said Seth Cropsey. "Obama has not made this imperative any easier."

The naval officer turned think tank war hawk contested Beijing’s claim to the South China Sea’s disputed islands citing the decision by the international tribunal at The Hague on July 12 and blasted the Obama administration’s response to the decision saying it "wholly ignored the military character of China’s actions to date in the South China Sea."

Cropsey contends that contrary to a statement made by Chinese President Xi Jinping in 2015 to President Obama stating that the islands of the South China Sea would not be militarized, China has nonetheless "continued construction of hardened hangars demonstrat[ing] Beijing’s intent to deploy combat aircraft to the islands."

He surmised that China’s foreign policy is one of expansionism and imperialism where might makes right citing Beijing’s former Foreign Minister Yang Jiechi out of context who said, "China is a big country and other countries are small countries, and that’s a fact."

Cropsey argues in his piece further that China has its own brand of exceptionalism, distinct from American exceptionalism, that is somehow not predicated on the "rule of law" or "accepted norms of international behavior," but rather the country’s power to ignore international law altogether.

The position that he lays out somewhat astoundingly is that of former US Ambassador to the United Nations John Bolton, whose name has been floated as the next Secretary of State, who wrote in a 2000 article that apart from the words expressly laid out in treaties international law does not exist at all because, essentially, it is based on custom and if you violate that custom repeatedly then the customary international law changes.

Nonetheless, Cropsey returns to his opinion that “China does not respect international law” whereas "Japan and the United States do" before calling for a more adversarial posture towards Beijing because "the next US administration needs to understand that our fate as a great power is inseparable from America’s continued role as a great Pacific power."

As tensions continue to mount on the high seas at least some American military officials believe it is wise to provoke and isolate China just short of military conflict in order to limit the consequence of an inevitable war – a frightening reality for the wellbeing of the world that was once unthinkable.