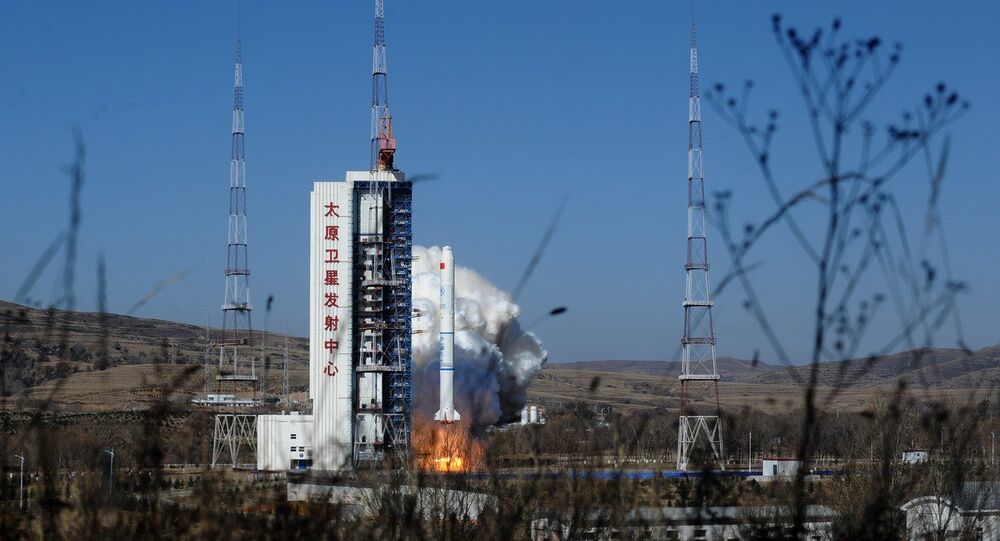 The two missions are expected to become the country’s first steps to establishing a new space station in low-Earth orbit over the next decade.

© Photo : Youtube/Pockn CG
3-2-1 Blast Off! China’s Largest Rocket En Route to Launch Site
Tiangong-2, which means “Heavenly Palace,” is a small space laboratory module, and will be launched in mid-September from the Jiuquan Satellite Launch Center in northwestern China, atop a Long March 2F rocket.

The space lab is slated to adopt on orbit at an altitude of some 244 miles (393 kilometers) above Earth, and will serve as the first component for China’s future space station.

Following that launch, in October the Shenzhou-11 spacecraft will launch from the same site, and dock with the Tiangong-2, delivering two male astronauts for a month-long mission, China Manned Space Engineering (CMSE) office reported.

"We have to carry out the maintenance work simultaneously," he said. "Up until now, our work has been carried out smoothly to ensure the successful accomplishment of the two missions."

According to the mission’s chief designer, Zhu Zongpeng, astronauts at Tiangong-2 will test new technologies developed for the space station.

Chinese officials earlier revealed that at least 14 experiments are scheduled. One of the most important of those, Zhu noted, will test orbital propellant refueling tech, crucial for smooth space station operations, Zhu said.

"We must collect gas from the fuel tank of the Tiangong-2 into a cylinder, so that a pressure difference will be formed to ensure that the propellant will be supplied from the cargo ship to the space lab," he said.

© Photo : Pixabay
China Releases Images of Orbiter, Lander, Rover for 1st Mission to Mars in 2020
Compared to its 2011 predecessor, the Tiangong-2 module has more facilities and is more comfortable for people as it has connectivity and video entertainment, he said. Tiangong-1, which "mainly aimed at verifying docking and rendezvous technologies for the space station," is now approaching the end of its use, experts have suggested.

If both upcoming missions are successful, Zhu said, a cargo-resupply vessel for Tiangong-2 will be launched in the beginning of 2017 from China's new Wenchang Satellite Launch Center. The ship initially planned to supply Tiangong-1 will be sent into orbit with the use a Long March 7 rocket.

September is expected to be rich with space launches worldwide. Alongside China, missions are planned by the United States (Space X and Atlas launches from Cape Canaveral, Florida, and an Antares launch from Wallops Island, Virginia), Russia (a Soyuz rocket launch to the International Space Station), India (a PSLV launch from Sriharikota) and French Guiana.