On August 31, the ceremonial hand-over of two Sukhoi Superjet 100 aircraft to the Royal Thai Air Force took place at the Don Mueang military base in Bangkok.

At the ceremony, the Commander-in-Chief of the Royal Thai Air Force, Treetod Sonjance, reported to the Prime Minister, Prayut Chan-o-cha, that the Sukhoi Superjet 100 (SSJ100) aircraft are fully ready for their missions.

Both aircraft will be used by Thai royal family members as well as by leading governing bodies. 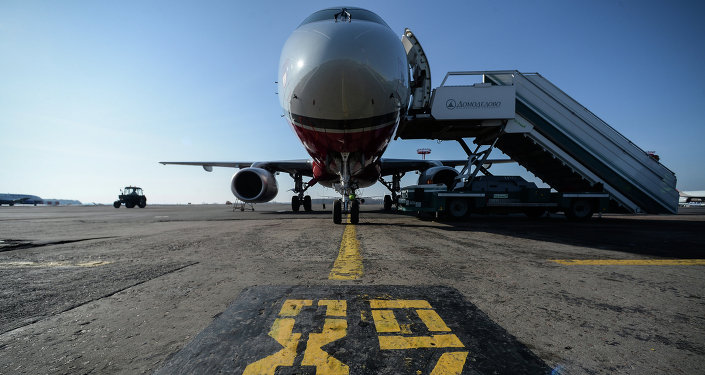 © Sputnik / Ramil Sitdikov
Boeing’s Top Manager to Head Russia’s Sukhoi Civil Aircraft Company
The Sukhoi Superjet 100 (SSJ100) is Russia's first passenger airliner; it's designed to carry up to 98 passengers and has a range of about 4,400 km.

The aircraft combines Russia’s famous aviation design and with the latest aerospace systems from leading international companies. Its engine and airframe have been sketched together to show high class performance.

The aircraft’s first flight was conducted in May 2008. Since 2011, the plane has been put into commercial operation.

The Sukhoi Superjet 100: Best Plane in Its Class