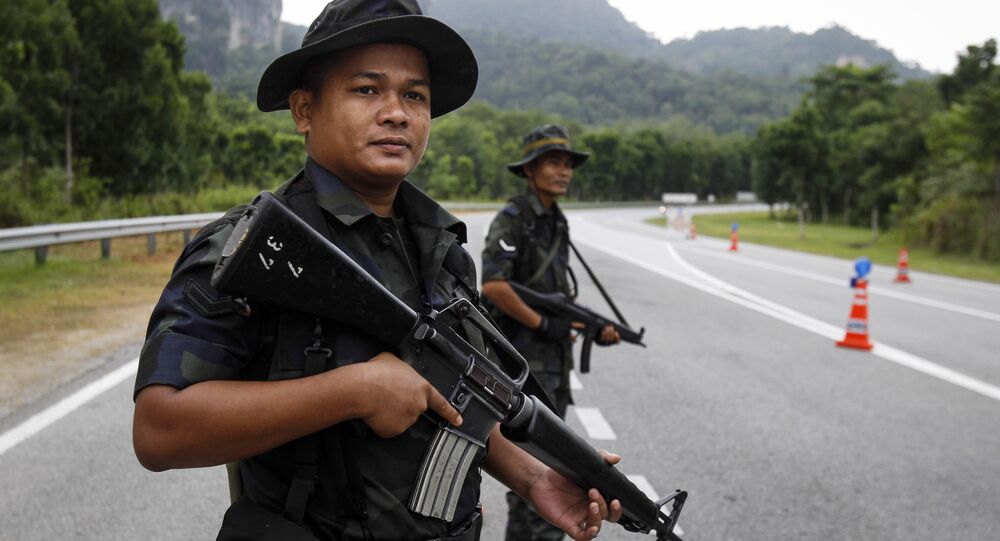 The suspects, detained in an operation on August 27-29, had been planning to carry out attacks against police stations, a Hindu temple as well as against other venues across the country ahead of Malaysia's National Day, celebrated on Wednesday, the Star newspaper reported.

According to the newspaper, police reported that the suspects had been receiving instructions and orders from Malaysian terrorist Mohamad Wanndy Mohamad Jedi affiliated with Daesh.

The Daesh is a terrorist group, which is outlawed in many other counties, including Russia. The militants currently control large areas of Syria and Iraq, and spreading their influence to other countries. The group is notorious for its brutality and many human rights violations, as well as for recruiting militants, commonly young people, from all over the world via social networks.