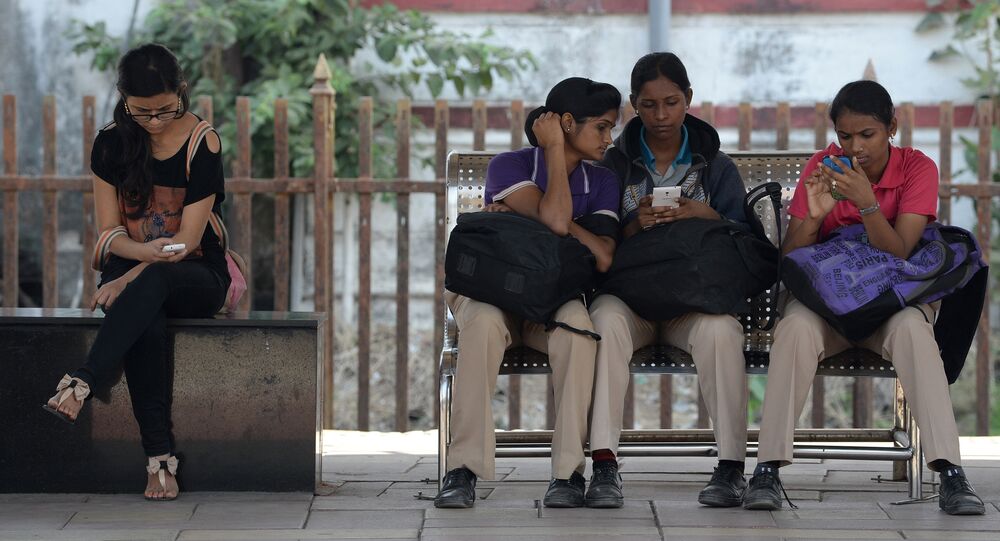 In India, the number of new mobile phones sold in the last two years is equal to population of France and Italy combined.

© Flickr / Bikash Das
India and Russia to Jointly Set Up $300 Million Logistics Hub for Su30MKI
New Delhi (Sputnik) – One more Chinese mobile manufacturer, LeEcom, has set up a manufacturing unit in India; it managed to do so after just eight months of operation. Sources from LeEcom say that the company has delivered more than a million mobile handsets in India in the last eight months, which prompted it to set up a manufacturing unit in the country. Other Chinese manufacturers like Xiaomi, Vivo, and Gionee have already set up manufacturing units in India and are operating successfully under Make in India, a government initiative.

LeEcom, formerly known as Letv, is producing close to 60,000 phones per month and has plans to ramp up the production to approximately 200,000 ‘Superphones’ per month by the end of 2016. The company has made an initial investment of USD 5 million and a further USD 2 million has been earmarked for the automation process.

Atul Jain, COO of LeEco Technology says, “India will be a global export hub. We are already in China, Hong Kong and next month we are entering the Russian market. Indonesia and the US are the other markets we are eyeing.”

Make in India has been a pet project of India’s Prime Minister Narendra Modi, who has already visited more than three dozen countries and asked major manufacturers throughout the world to set up units in India. Notwithstanding the lukewarm response in other sectors, the electronics and mobile phone industry have attracted a tremendous response from manufacturers, especially in China. Ravishankar Prasad, Minister for Information Technology and electronics, says, “in the last two years, there are 38 units which have arrived in electronic manufacturing. Target was merely USD 1.6 bln but I am glad to say that we have achieved much more than this. Apart from fructifying a large sum of investment, a USD 18.5 bln investment proposal is in pipeline.

It is estimated that 220 million mobile phones have been sold in India in 2015-16 alone. Of these; 110 million were at least partly manufactured in China.

Ravishankar Prasad says, “In India, the number of mobile phones added in thelast two years is equal to population of France and Italy.”

LeEco is the world’s first video company to go public, with a market capitalization of more than USD 12 billion. Headquartered in Beijing, China, itss regional headquarters are in Hong Kong, Los Angeles and Silicon Valley.