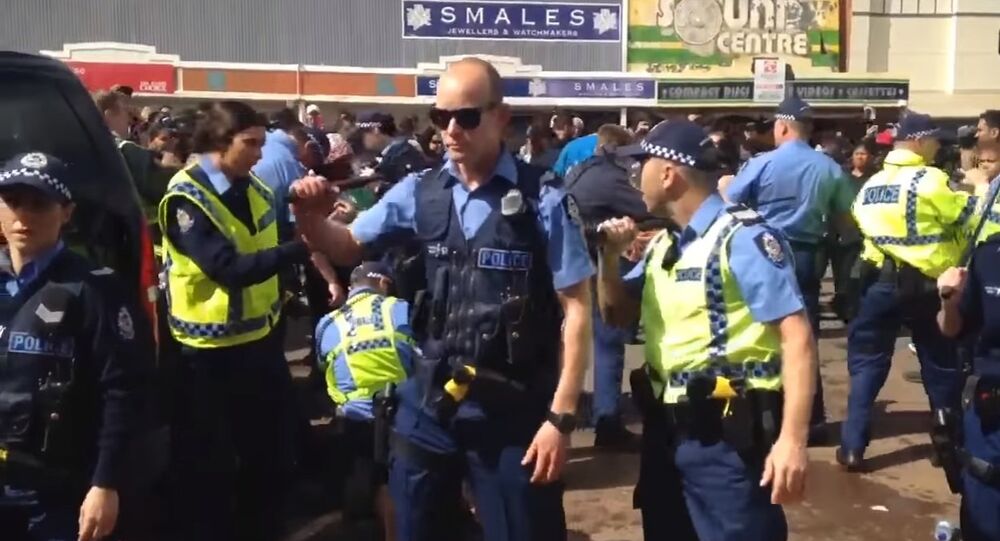 MOSCOW (Sputnik) — An angry crowd of around 200 people attacked riot police outside a courthouse in Kagoorlie, Western Australia, on Tuesday, as the building was put on lockdown after the suspected murder of a teenage aboriginal boy, local media reported.

According to earlier media reports, a teenage boy was killed in a car accident on Monday. He was driving a scooter which had been reported stolen the day before, when a car belonging to the owner of the scooter crashed into him. A 55-year-old suspect was later arrested.

​According to the WAtoday newspaper, the protesters threw rocks and bottles at police personnel, managing to break down the court gates and surround the police unit deployed to calm the situation.

According to media reports, the suspect in the case did not appear before Kalgoorlie Magistrates Court on Tuesday, after his lawyer requested the matter be adjourned until Wednesday. The suspect is now set to go before Perth’s Stirling Gardens Magistrates Court.