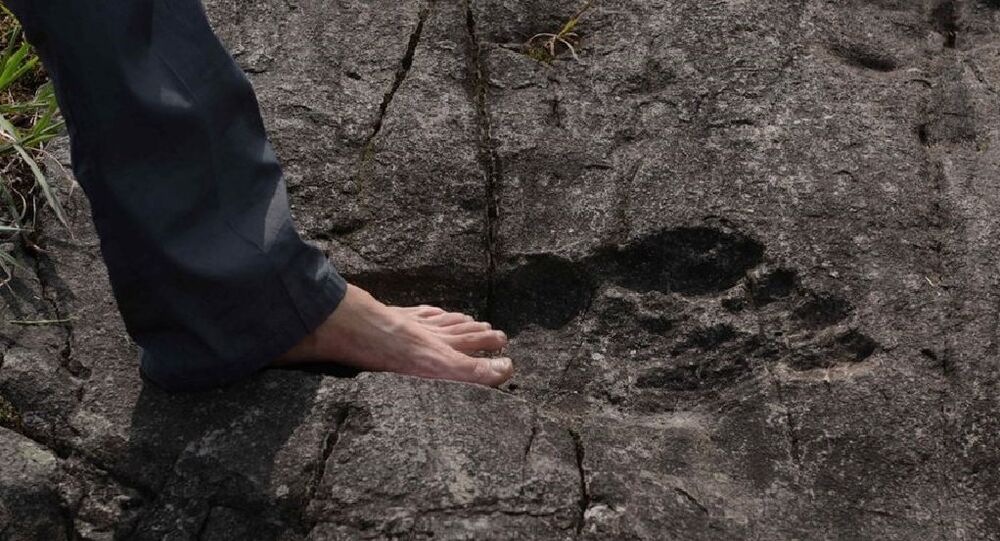 Several larger-than-normal human footprints fossilized in a rock were discovered in China's southwestern province of Guizhou.

On August 24, a group of photographers detected a set of giant human footprints in the rock located in Pingyan village, local media reported.

One of the footprints, which may date back to ancient times, is in the shape of a left foot that is 57 centimeters long, 20 centimeters wide and 3 centimeters deep.

Such discoveries have been made before, leaving the scientists puzzled. One of the huge footprints was first discovered near the South African town of Mpuluzi in 1912 by a hunter named Stoffel Coetzee.

According to Michael Tellinger, who made a YouTube video of his visit to the site in 2012, the footprint, known by locals as the "Footprint of God," is about 1.2 meters in length and could be 200 million years old. Another discovery of a 290-million-year-old footprint was made in New Mexico by paleontologist Jerry MacDonald in 1987.