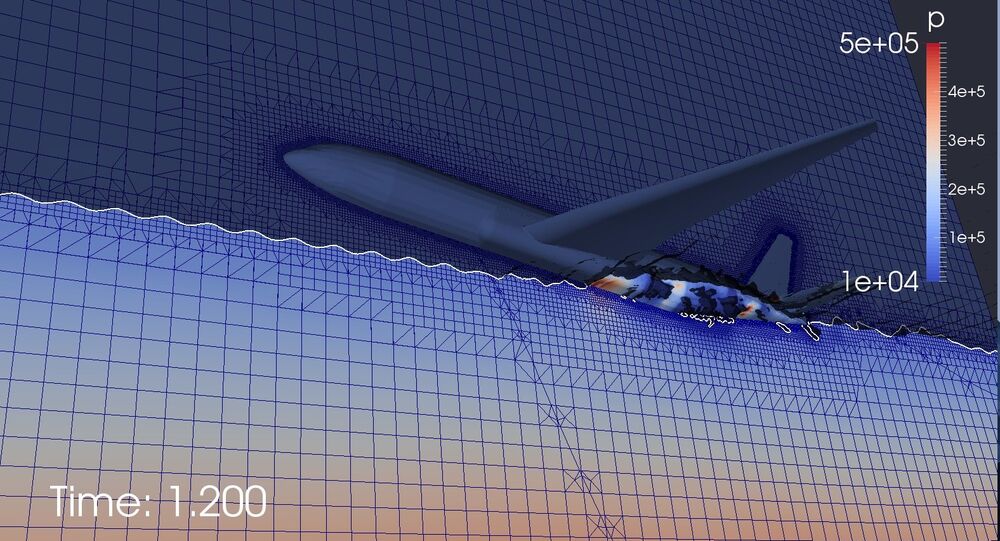 Australia’s Joint Agency Coordination Centre, in the process of searching for the remains of Malaysia Airlines Flight 370 in the Indian Ocean, has announced that it will conduct a drift-modeling study to assist in locating plane debris after the official search operation ends.

The study will attempt to determine the way some of the recovered parts of the plane crossed the ocean following the crash, according to an operational search update released on Wednesday. In particular, research will focus on the drift path of an MH370 flaperon, a wing part found on Reunion Island off Madagascar coast last year.

The notification also reported that the search efforts will be prolonged into December 2016, from an original deadline set for the end of summer.

© East News / Zhao Yingquan
Pilot of Doomed MH370 Flight Plotted Crash Course in Simulator
Earlier in July, Malaysia, Australia and China suggested that operations could be halted if the search across the 120,000-square kilometer area failed to spot any significant remains. Before Wednesday, investigators could only confirm that they had combed 110,000 square kilometers of that area, after efforts stalled due to poor weather conditions.

Two survey vessels are expected to continue work, the Fugro Equator and the Dong Hai Jiu 101. The first is already in the search area, and the second is being readied for its mission, the report specified. The investigators aim to launch Remotely Operated Vehicles (ROV) from Dong Hai Jiu 101 to search for debris in October, if weather conditions allow.

© AFP 2021 / MOHD RASFAN
More Suspected Debris From Missing MH370 Plane Examined by Experts
In May, two pieces of debris were discovered off the coast of South Africa and on the island of Mauritius in the Indian Ocean. Malaysian Transport Minister Liow Tiong said that they "are almost certainly from MH370."

Flight MH370, a Malaysian Airlines Boeing 777-200ER, en route from Kuala Lumpur to Beijing, disappeared from radar on March 8, 2014. The plane, carrying 227 passengers and 12 crew members, is presumed to have crashed in a remote stretch of the southern Indian Ocean some 1,800 kilometers west of Australia. Extensive scanning of the projected crash area has not produced results.