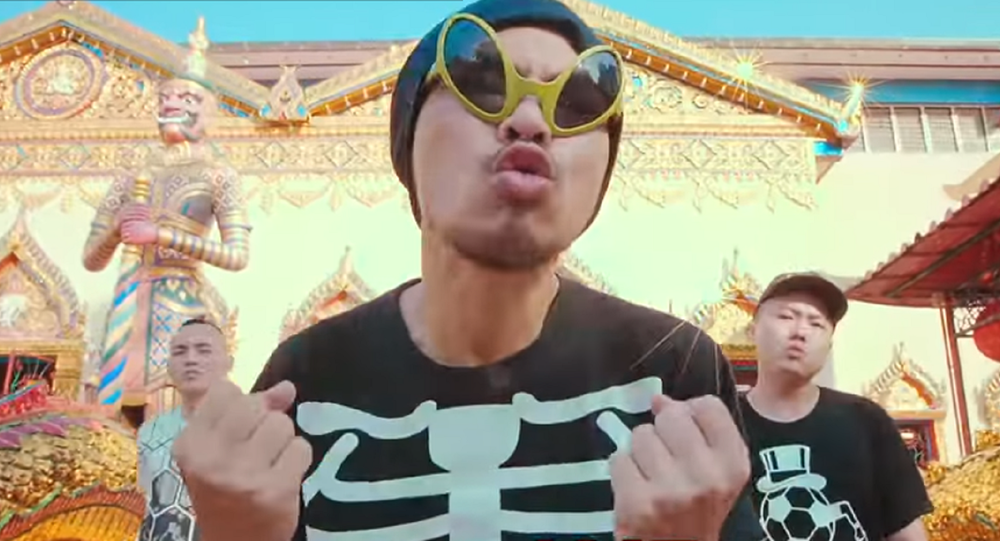 A popular Chinese rapper in Malaysia has been detained for allegedly insulting Islam in a recent music video.

Wee Meng Chee, 33, who performs under the name Namewee, was taken into custody on Sunday as he returned to Kuala Lumpur airport from a trip overseas. He was charged with "defiling a place of worship with intention to insult religion” over a video for the song “Oh My God,” released in July.

In the video, Namewee raps with three other singers from Taiwanese band Nine-One-One, in front of several different places of worship, including churches and mosques. While the rap was in Mandarin, the performers also used the word “Allah,” which means God in Arabic. Islamic activists were enraged, and lodged complaints claiming that the video was insulting to and disrespectful of the religion.

Amnesty International has spoken out about the arrest, stating that it is “another sign of repression” against Malaysian artists.

“Amnesty International calls for Namewee to be released immediately and unconditionally if he is being detained purely for the peaceful exercise of his right to freedom of expression. This right is enshrined in Article 19 of the Universal Declaration of Human Rights and guaranteed in Article 10 of Malaysia’s Constitution,” Amnesty International deputy director Josef Roy Benedict said in a statement on Monday.

“States must also respect and protect the expression of dissenting views, including those that some may find shocking or offensive. Protection of religious or other beliefs, or the religious sensibilities of their adherents, is not a permissible ground for restricting freedom of expression,” Benedict continued.

The rapper is reportedly being held for four days, beginning Monday, and will be brought to Penang for further investigation.