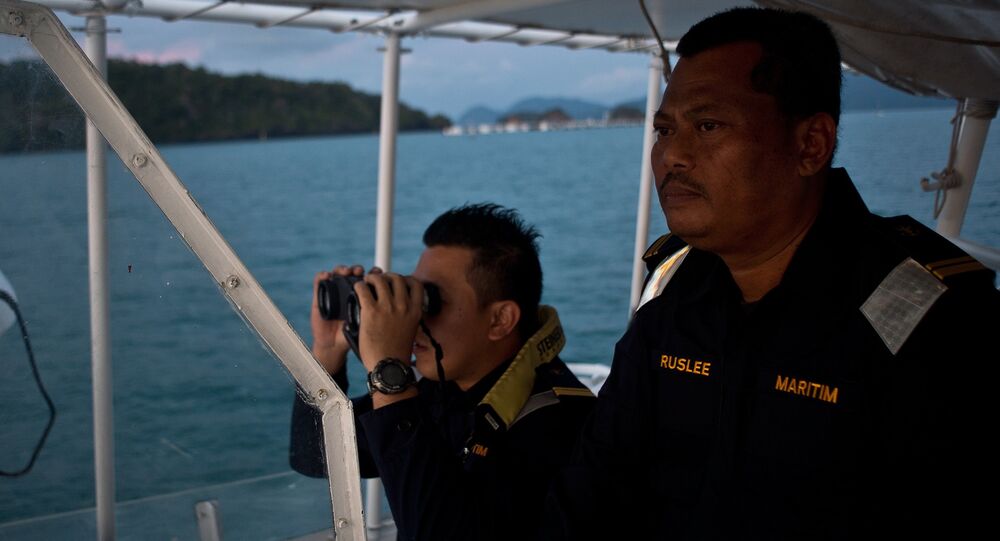 The owner of the Russian oil tanker MT Zolotoj Most, detained in Malaysia for entering its territorial waters without permission, said the vessel had anchored in the recommended area where it had stayed before.

"The captain of the ship received a reply to the request for anchorage from the agent in the Port of Singapore; the tanker had stayed in the area multiple times before, in the zone between the strait [of Singapore] and Malaysia's waters. On August 15, the tanker arrived in the recommended area and dropped the anchor," Dmitry Svetlitsky, the deputy director general of the company owning the the ship, said.

According to Svetlitsky, at the moment when MMEA officers visited the ship, it had been turned by the wind and current, and altered its location slightly.

"At 4 a.m. Moscow time on August 18, the representatives of the MMEA stepped aboard the ship and announced that the tanker was not authorized to be in Malaysia's waters. Upon the coast guards' request, all vessel papers were taken with all due procedures, and three crew members were taken to the office of the coast guard," Svetlitsky said.

He added that after answering questions on the issue the three crew members safely returned to the ship. The decision on a fine is said to be currently pending.

According to the MMEA, the Russian tanker is anchored in a prohibited area not far from Tanjung Piai cape, which is Malaysia's natural landmark of great environmental importance.