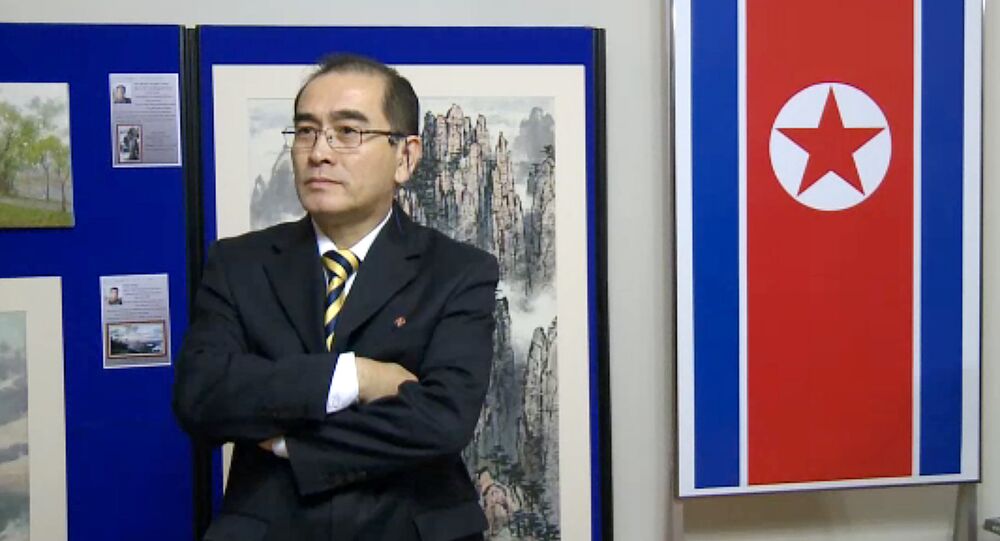 The defection of Thae Yong-ho, the No. 2 man at the North Korean Embassy in London, is posing a threat to South Korean citizens, according to Seoul's Unification Ministry.

"There is a considerable chance that the North confronted with difficulties may implement some sort of provocation to help rally its people and consolidate the regime's hold on power," the official warning say.

According to unnamed Ministry official, possible provocations may include assassination or abduction attempts. He recalled an attempt to assassinate Hwang Jang-Yop, the North's chief ideologue and former tutor to previous leader Kim Jong-Il, who defected to the South in 1997.

Earlier, Kim Jong-Un had dispatched squads to the Chinese border "to harm South Koreans" following the defection in April of a group of North Korean overseas restaurant workers, the official told reporters.

That was the largest group defection from North Korea in history. North Korean overseas workers are reportedly "hand-picked" from families that are considered "loyal", so the defection of 12 waitresses and their manager has put Pyongyang in an uncomfortable position. North Korea claims the workers were abducted and seeks to "rescue" them and bring them back.

Their explanations of Thae Yong-ho's defection are also different. According to South Korea, he acted out of disgust for the Pyongyang regime, admiration for South Korea's free and democratic system and concerns for his family's future. North Korean officials, however, insist that Hwang Jang-Yop sought to avoid criminal punishment in his home country for sexual abuse of minors and embezzlement of state funds.