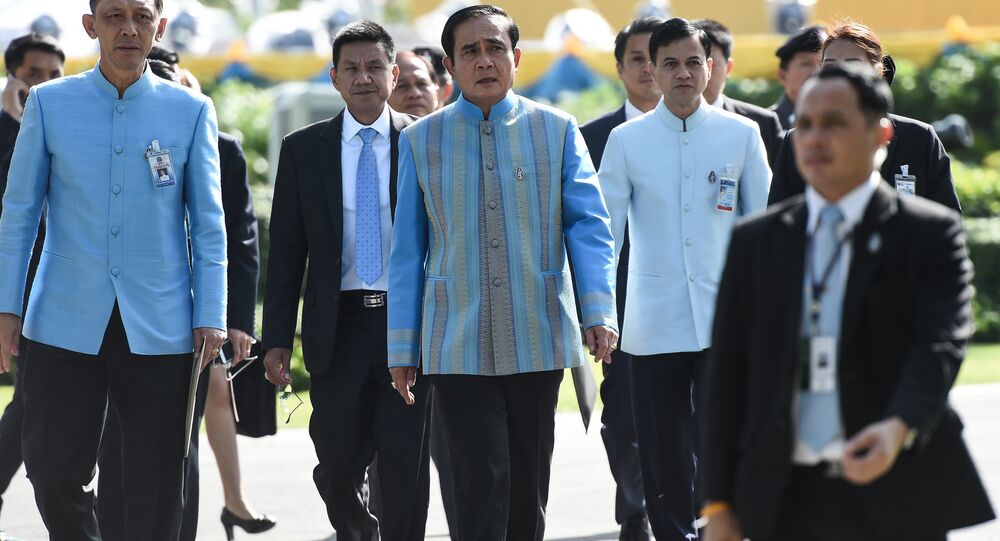 The current government of Thailand gained the highest highest approval rating in 18 months, according to the poll.

The survey revealed that the current government scored 6.19 out of 10, while 18 months ago it secured only 5.92 points, the university said.

Generally, satisfaction with the prime minister as head of the government has grown to 7.57 from 7.24, the educational institution added, pointing at the poll’s results.

© AFP 2021 / Yoshikazu TSUNO
Thai Prime Minister Reshuffles Government
Asked about the expectations from the government, the people participating in the survey named better quality of life, welfare and higher income, crackdown on corruption as well as more irrigation for farmers and rising farm prices, the survey claimed.

A total of 1,197 respondents from across Thailand took part in the poll.