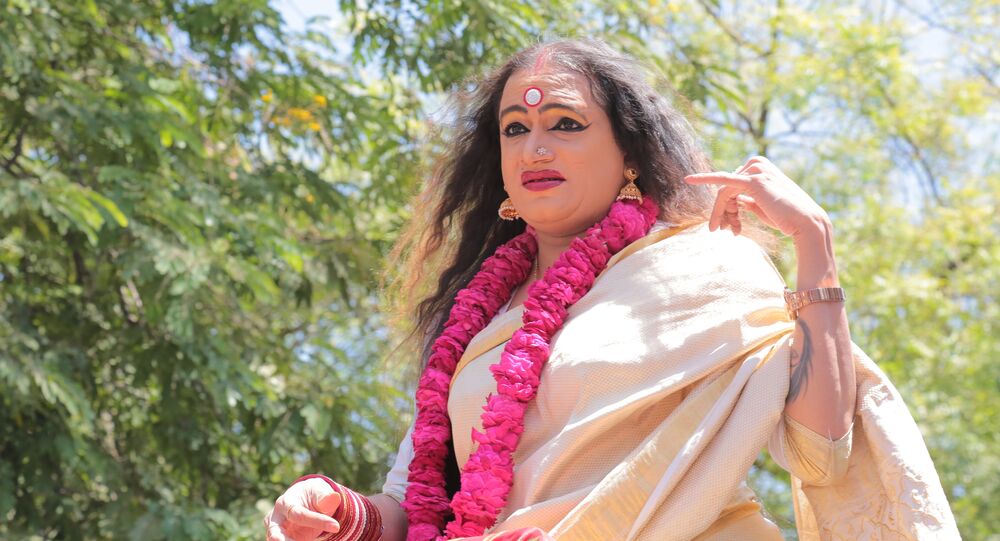 According to a most recent Census, India currently has a population of well over 600,000 people belonging to the transgender community.

One of the earliest references to India's so-called "third gender" can even be traced as far back as in chapters of the Kama Sutra, and yet it has taken decades (or centuries even!) of stigma and struggle for The Transgender Persons (Protection of Rights) Bill, 2016 to exist in its latest form.

In a move that aims to empower transgender community members in India, very recent revisions to the existing bill by national Indian government puts in place many provisions for preventative punishments by law, including imprisonment up to two years, for any offences committed against them.

For the first time, members from the transgender community will take part in an Independence Day parade in India. pic.twitter.com/ysWZBtQyZI

​But what initially appears to be the culmination of a long struggle by one of India's most marginalised communities, has had quite the critical response from transgender rights activists and lawyers in India who state that the bill can encourage corruption and be open to abuse.

"It is difficult to be calm and hopeful reading the bill. It stinks of callousness and ignorance," said activist Vyjayanti Vasanta Mogli in a Facebook status on her page.

She went on to say:

"By the looks of it, the transgender community and allies may have to gear up for a long struggle."

Many other activists such as Vyjayanti are also asking government to revert to what they call was a better bill on a number of issues of concern.

For example, the first chapter of the revised bill seeks to define a transgender and lays down three main criteria: "Neither wholly female nor wholly male; a combination of female or male; and neither female nor male."

This, activists have said, insults transgender people and propagates the bias that trans identities aren't "whole" by themselves.

The provision might stop many from identifying as just men or women and contradicting the right to self-determination of identity guaranteed by the Supreme Court.

Moreover, throughout the bill, the pronoun used is "his" which is a slip that many have also objected to.

​Laxmi Narayan Tripathi is another leading activist for transgender communities in India and even prior to the latest amendments decided by government officials, she has been demanding that a national Transgender Protection and Welfare Board be constituted by the government that would be better informed to propose requirements for and on behalf of the communities.

#LaxmiNarayanTripathi: We welcome the judgement of #SupremeCourt on clarification on #Transgender pic.twitter.com/SJT9gSm4Pv

​She spoke to Sputnik about many wider society issues facing transgender communities in India and abroad, but at the core of her motivation is to promote equality and human rights for all. As much as she feels that India is making progress, albeit at a slower pace than it should be.

"It's time for a Love Revolution, not just in India but worldwide!" Laxmi Narayan Tripathi told Sputnik.

​Sputnik also asked a human rights legal expert based in New Delhi about whether much of the negative responses regarding revisions to the bill is a case of critics being overly-pedantic in their analysis. He told Sputnik by email:

"Although India, and the wider world even have a long way to go in bettering conditions for the third gender, this bill will definitely reduce the journey by many steps."

One of the highlights of the previous version of the bill is said to be the right to self-determination of identity. This meant that people could identify their own genders without having to seek certification and was meant to do away with years of oppression by laws that refused to recognise transpeople in the way they chose to do so.

Wider issues such as smoother delivery of government benefits to transgender people, employment discrimination and even mentions of "medical screening" conducted by government officials to help identify accurate provisions for people individually have been met with fierce critique from both human rights professionals and members of the public alike.

The amended bill is now being asked to be reviewed for it's perceived draconian provisions that are deemed as open to abuse and further discrimination against community members.

As with legal processes like this, not all is always perfect, but certainly a progressive small stepping stone in what may likely continue to be a little more struggle to get legal provisions exactly where they need to be.