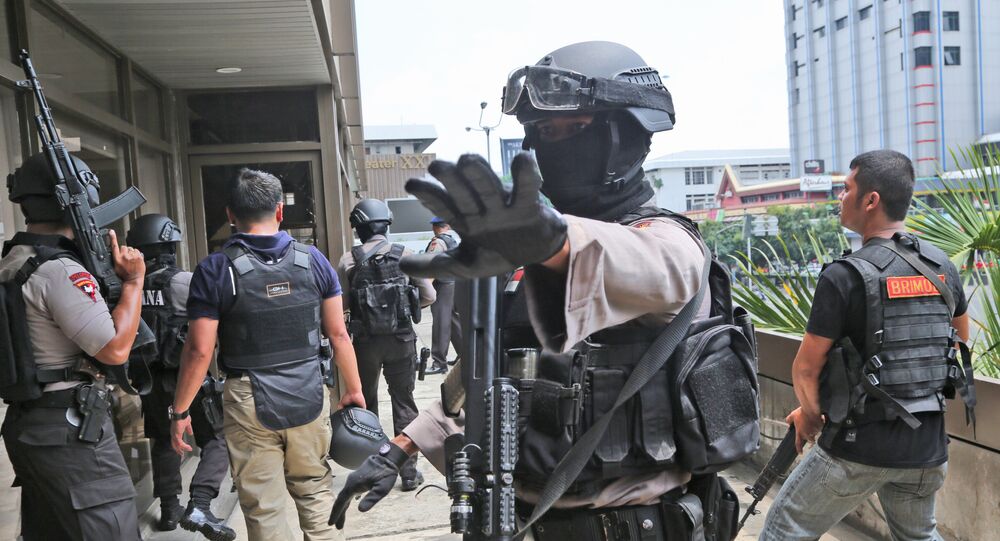 BALI (Sputnik) — On July 5, the suicide bomber attacked a police station in the city of Solo, killing himself and injuring one officer. The attack was reportedly plotted by a network coordinated by Bahrun Naim, an Indonesian believed to be fighting alongside the Daesh jihadist group banned in Russia.

"The suspect also has close contacts with Bahrun Naim and is ready to launch bomb attacks," Agus told reporters in Jakarta on Tuesday, as quoted by the Jakarta Globe newspaper, referring to one of the detainees.

On Monday, local authorities arrested the second alleged terrorist for unlawful trade of firearms to suspected terrorists in Indonesia, the media outlet added.