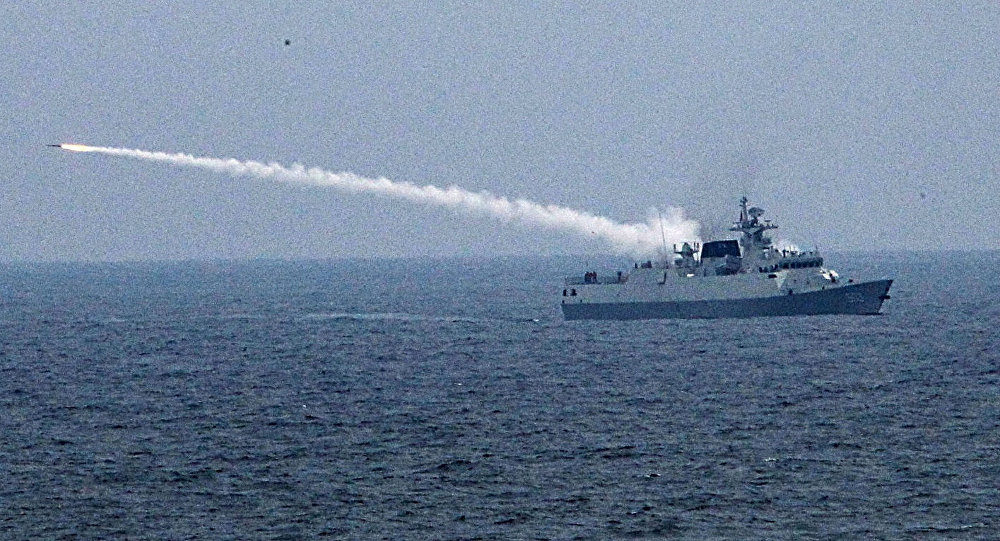 YouTube/The Japan Times
Tokyo Releases Video Allegedly Showing Territorial Intrusion of Chinese Vessels
The vessel, called the Huai'an, became the 27th Type 056 ship to enter into service with the Chinese naval forces. Introduced in 2012, ships of this class are the most numerous vessels in the PLAN.

The US Office of Naval Intelligence (ONI) assessed that China is preparing to build up to 60 similar corvettes to serve in territorial waters. Reports suggest that the keel of the 31st corvette was laid in December 2015.

Huai'an, under operational number 509, will likely be deployed to the 22nd light frigate squadron at a base at Putuoshan, IHS Jane’s reported. The 1,500-ton corvette is fitted with four YJ-83 anti-ship missiles, a 76 mm gun, two triple-barrelled lightweight torpedo launchers, and an eight-cell HQ-10 short-range surface-to-air missile launcher.

At Putuoshan it will join three other Type 056 vessels. Two of the deployed vessels in squadron, numbers 593 and 594, are designed for anti-submarine warfare.

© AP Photo / Zha Chunming
Report: China May Cross Obama’s ‘Red Line,’ Reclaim Scarborough Shoal Next Month
The news comes in the wake of mounting tensions over East China Sea’s Senkaku Islands (Diaoyu in Chinese) between Beijing and Tokyo. The long-term dispute was reignited after The Hague-based Permanent Court of Arbitration (PCA) ruled on July 12 that China does not have rights to contested areas it has claimed in the South China Sea.

Since that time, military buildup by both sides has taken place in the region, triggering a rise in tensions. 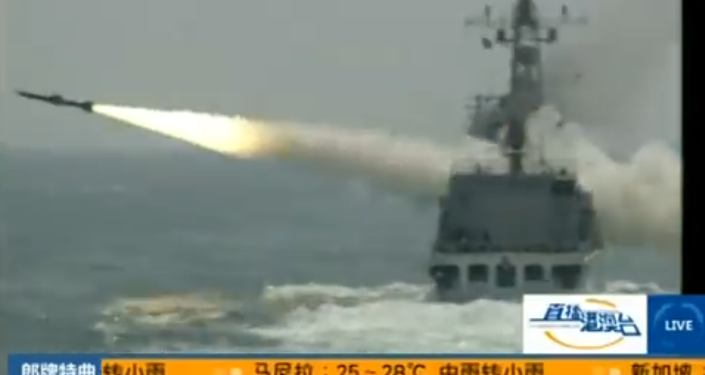 China has used a gas drilling platform near the disputed waters to deploy a radar array designed to detect ships, causing criticism in Japan. Beijing, expressed concern over Tokyo’s intentions to deploy by 2023, on its Miyako-jima Island, anti-ship missiles capable of reaching the disputed areas. Following the moves, experts have suggested that the sides are entrenching for conflict escalation.

1984 Redux: Welcome to the Age of Orwellian Geopolitics!

United Korea: The Goal That Everyone Strives For But No One Really Wants