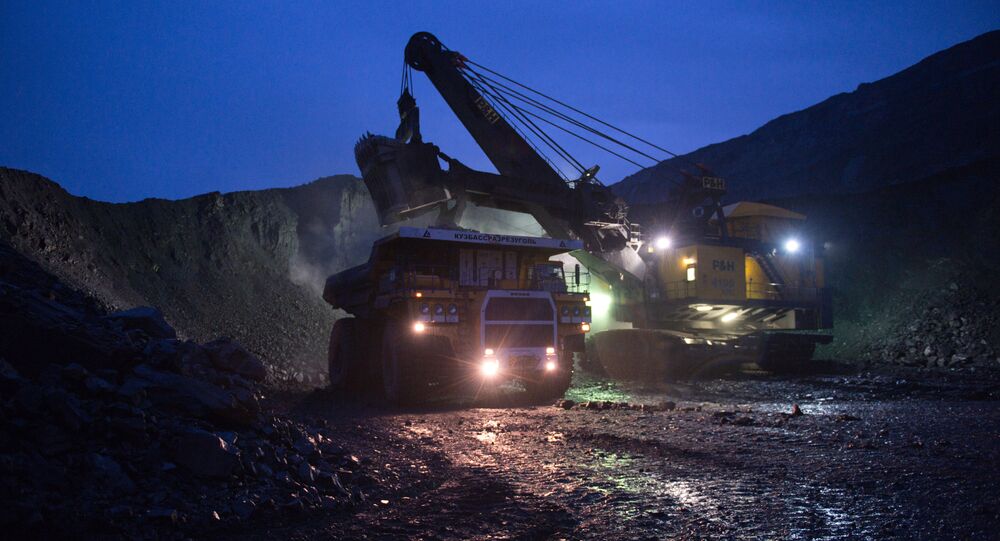 The West is trying to decrease China’s segments of coal and steel at the international market on the one hand, while on the other China is restructuring its industry to strengthen its market competitiveness, according to industry experts in discussion with Sputnik.

Beijing is being forced to admit that the restructuring of coal and steel segments are present in the country’s economy, according to industry experts in discussion with Sputnik.

© AP Photo / STR
Shanghai Airports, Railway Stations to Strengthen Security Due to G20 Summit
These changes are done due to the decline of coal mining rate rests behind the set targets as plans to phase out coal mining are carried out only on 38 per cent from an annual rate, they said.

Bloomberg news agency has turned its attention to the problem after a statement given by China’s State Committee for National Development and Reform.

The state committee instructed local authorities to speed up the process of reducing excess capacity due to being behind schedule. Regional authorities will be punished if they don’t close unnecessary coal mines on schedule.

Euro- commissioner for Economic and Financial Affairs, Pierre Moscovici, announced that the Euro-commission “will continue to make every effort to achieve a comprehensive high-investment agreement with China” at the G20 summit, where investments funds will be at the center of the discussion.

In this way, the West blames Chinese authorities for financing coal and steel production that supposedly allows Chinese companies to resort to dumping on the international markets.

“The whole world faces the problem of material overcapacity but for some unknown reason all criticism is aimed at China. China in the process of problem elimination has already partly decreased steel production,” Chen Fengying, head of Chinese University Center of International Relations Research, told Sputnik.

© Sputnik / Sergey Guneev
Chinese, Russian Leaders to Hold Bilateral Talks at G20 Summit in Hangzhou - Official
Ahead of the G20 summit, the Chinese State Committee stated that Chinese steel mills are not guilty of dumping on the international markets.

China argues that it has invested in modern and powerful equipment for steel production. The equipment is well-constructed, has low energy consumption, and high degree of automation. All this results in significant cost reduction and gives Chinese companies a competitive advantage.

China has again called for international steel producers to liquidate the overproduction problem. In addition, Chinese authorities asked not to shift the responsibility for the production of excess steel on the international market to China.

Others argue that the problem is not just economic, but has a political nature.

“America will soon lose its real leadership at the international political arena. And world currency reform is inevitable,” Mikhail Belov, expert at the Fund Market Institute, explained to Sputnik. “That is why the USA and other European countries make every effort to limit the progress of China. These actions are taken to deprive China of its competitive advantages, thereby, limit its progress.”

In response to these threats, China is taking new measures to strengthen its global competitiveness.