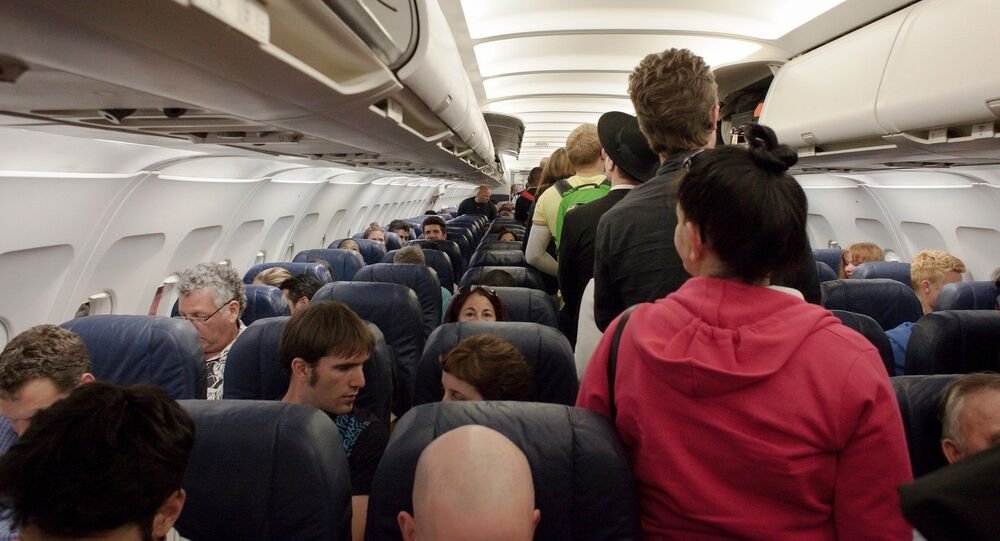 A new Civil Aviation Law in China aims to hit airline passengers with massive of fines of 50,000 yuan (about $7,515) if a person endangers civil aviation safety or disturbs order. Included under those terms are using a mobile phone, even one in airplane mode.

© AFP 2021 / Uli Deck
‘Europe Was Not What He Expected’: Chinese Tourist Loses Wallet, Gets Sent to Refugee Camp
In a recent amendment to aviation laws published on Monday by the Civil Aviation Administration of China, 14 types of behavior are cited which, while not criminal, will land offenders with steep fines. The list includes using mobile phones, smoking, forcibly occupying seats, blocking channels and gates, breaking into airports and planes, physically beating a crew member or other workers, fighting, or spreading rumors and causing other, unnamed, troubles, China Daily reports.

Under the new amendments, aviation companies are also required to set up a management system that will “prevent and minimize civil aviation accidents.” For example, if a flight is delayed, they must alert passengers and provide necessary services.

In the United States, passengers on most major airlines are allowed to use their mobile devices in airplane mode, with many carriers equipped with WIFI for pay. Recently, the FCC proposed that airlines should be able to allow passengers to use cellular connections once the plane reaches 10,000 feet, as, they claim, technological advancements no longer make it a danger. The decision is up to individual airlines to adjust their policies as they see fit.

Some international airlines, including Emirates, Etihad, and Qantas, already allow passengers to use their mobile phones for calls, texts, and web browsing, and have not faced any issues relating to cellular usage.