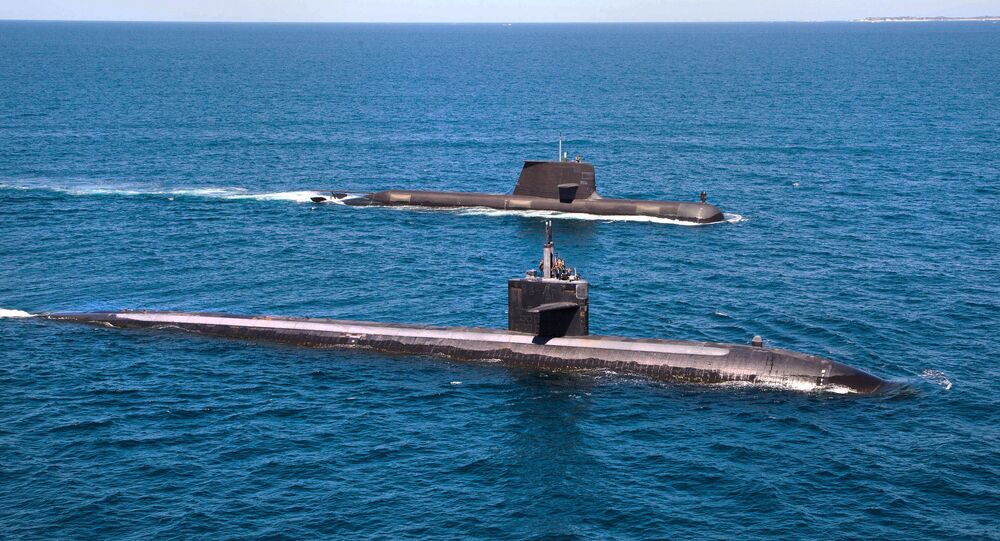 With Russia and China set to conduct joint naval drills in the South China Sea next month, the Australian military may be preparing to spy on the exercises.

"Based on the consensus reached by the parties, the Chinese and Russian navies will hold joint Sea Cooperation-2016 exercises in the South China Sea in September," Chinese Defense Ministry spokesman Yang Yujun said last month, stressing that the drills "are not aimed at third countries."

© AP Photo / Xinhua
A Friend in Need: China Teaming Up With Russia in South China Sea

Despite the stated neutrality of the drills, the Australian government is gearing up to eavesdrop on the exercises.

"It would be foolish for [Australian] Defense to miss an opportunity like this," a source told Fairfax Media, adding that the Canberra planned to have military assets in the region.

While the source did not specify what these “assets” would be, Fairfax Media points out that the P-3 Orion surveillance plane, Collins Class submarine, and surface warships are all possibilities.

The South China Sea has been a growing source of tensions over disputed territorial claims. While China claims ownership over most of the region, there are overlapping claims by the Philippines, Malaysia, Brunei, Taiwan, and Vietnam. While the Hague-based Court of Arbitration recently ruled against Beijing’s claims, the Chinese government has refused to recognize the decision as legitimate.

© AFP 2021 / STR
'War at Sea': Chinese Defense Chief Calls on Country to Be Ready for Combat

Dr. Adam Lockyer, a security expert with Macquarie University, told News.com.au that whatever form Australia’s surveillance operations take, they are unlikely to provocative.

"The US and other countries are already spying," he said. "All we’re doing is putting up with the other countries lined up against China. We probably wouldn’t make an aggressive move like trying to buzz their artificial islands."

The Pentagon has regularly conducted provocative maneuvers near Beijing’s land reclamation projects in the region. The US Navy has sailed "freedom of navigation" patrols within the 12-mile territorial limit of the islands, and US spy planes – some operating out of Australia – have flown over the reefs.

Washington has routinely encouraged Pacific allies to take a more active role in countering Beijing’s growing influence in the region. According to Lockyer, Australia’s role in this alliance is the primary motivator for the surveillance mission.

"It’s becoming increasingly difficult to do nothing," he said.

"Our military is just there to be a part of it without being too provocative. This is what we do. It’s a symbolic gesture. For the most part, we stand to do as little as we can get away with."

Australia has no territorial claims in the South China Sea, but has nevertheless called on China to recognize the Court of Arbitration’s ruling. An op-ed published in China’s state-run Global Times over the weekend warned Australia against any attempt to "suppress China so as to gain a bargaining chip for economic interests."

"Australia’s power means nothing compared to the security of China. If Australia steps into the South China Sea waters, it will be an ideal target for China to warn and strike."