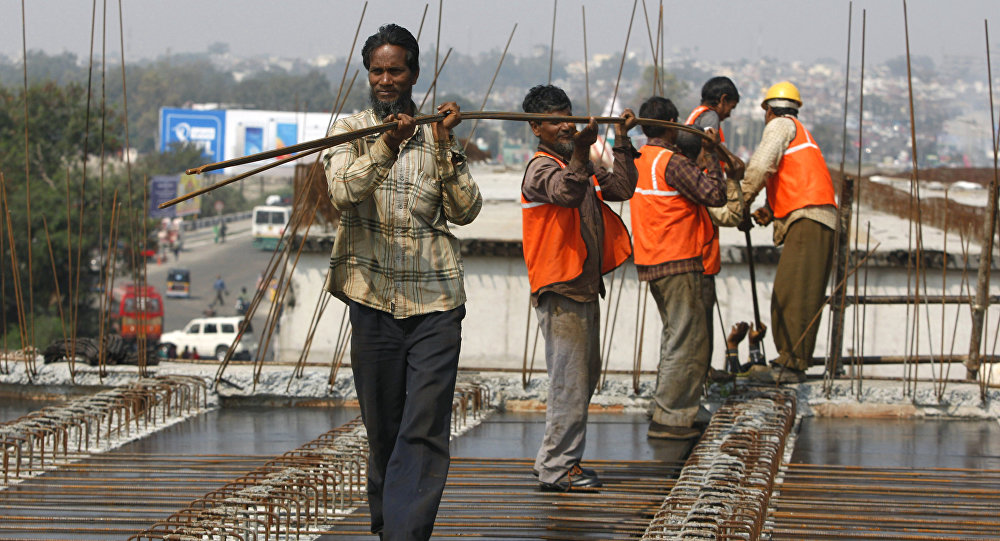 India has sent its Minister of State for External Affairs to Saudi Arabia to help out the Indian workers who are facing hardships due to non-payment of wages.

There are a total of 5,547 Indian workers belonging to fourteen camps which are being handled by the Indian Embassy in Riyadh.

"V K Singh has left for Jeddah via Dubai. His on ground assessment will determine the future course of action," Ministry of External Affairs Spokesperson Vikas Swarup told Sputnik.

© Flickr / European Parliament
Saudi Hospitality: Indian Gov't Denies Maid Was Tortured to Death in Riyadh
Meanwhile, the Indian Embassy in Riyadh convened a meeting of Indian community members, social workers and volunteers wherein the Indian ambassador informed them of the ongoing problems faced by the Indian workers and sought the help of the community.

"In addition, there are 2,153 Indian workers belonging to M/s Saudi Oger in six camps in Jeddah all of them have been provided with food by the Indian consulate. There are total of 7,700 affected Indian workers in twenty camps, the Ministry of External Affairs Spokesperson added.

Indians working in Saudi Arabia and Kuwait are facing a severe crisis due to the closing of several companies. They have not been paid their salaries by their companies. The Indian Embassy is running a community kitchen for starving Indian workers.

Indian government is negotiating with the respective companies and the Saudi government to sort out the matter.

However, the strategic affairs expert believes that India should take a tougher stance regarding these Gulf nations.

"Sending food aid to the starving workers is not enough. India ought to consider cutting oil imports and other penal sanctions against Riyadh," International Affairs expert Brahma Chellaney told Sputnik.

India Asks Pakistan to Ensure Security for Its Home Minister