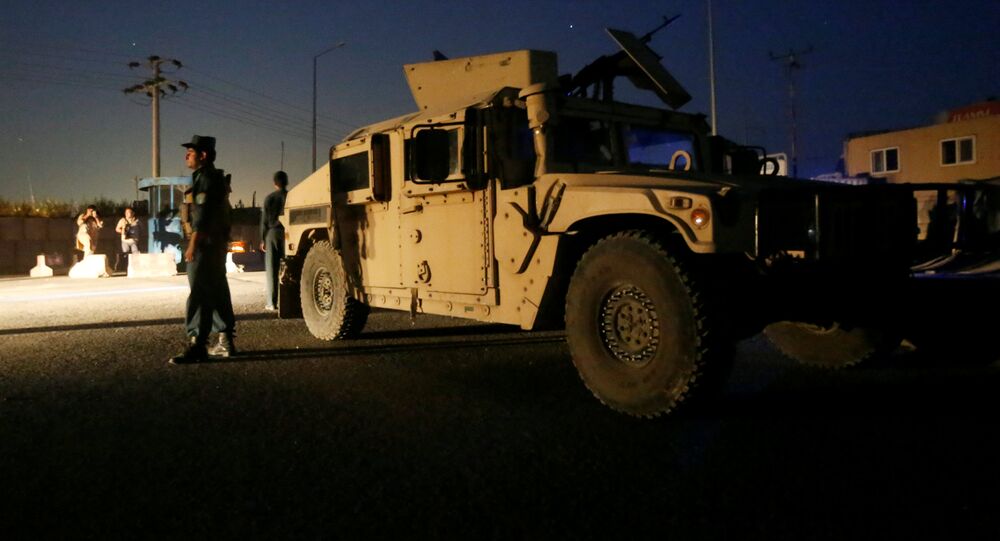 A massive truck bomb and Taliban gunmen struck a hotel in the Afghan capital city of Kabul on Monday morning rattling the entire area with dozens feared dead. The Taliban has taken responsibility for the attack on the facility that reportedly caters primarily to US defense contractors.

Reports out of Kabul indicate that Afghan security forces are preparing to "storm" the Camp North Gate hotel that reportedly caters primarily to US and Western defense contractors after the facility was struck by a massive explosion before at least four Taliban gunmen took the hotel by force.

Dozens are believed to be dead in the attack which appears to be a copycat of a similar 2013 strike at the same facility that left 9 dead. There are still no official reports on the death count.

Afghan security forces have just begun storming the facility in an attempt to root out the Taliban gunmen who took the hotel under siege earlier in the morning.

Afghan security forces are reported by TOLOnews to be supported by "foreign special forces" in the effort to storm the hotel. It has not been determined whether those foreign forces are current military members or are defense contractors with links to the facility.​​

Heavy fire has broken out at the scene of the vicious truck bomb blast reports TOLOnews as security forces are believed to be trading fire with Taliban forces at the scene.

Kabul to Hold Talks With Taliban If ‘Says Yes to Peace’

Talks With Taliban Needed to Accelerate Political Solution for Afghanistan