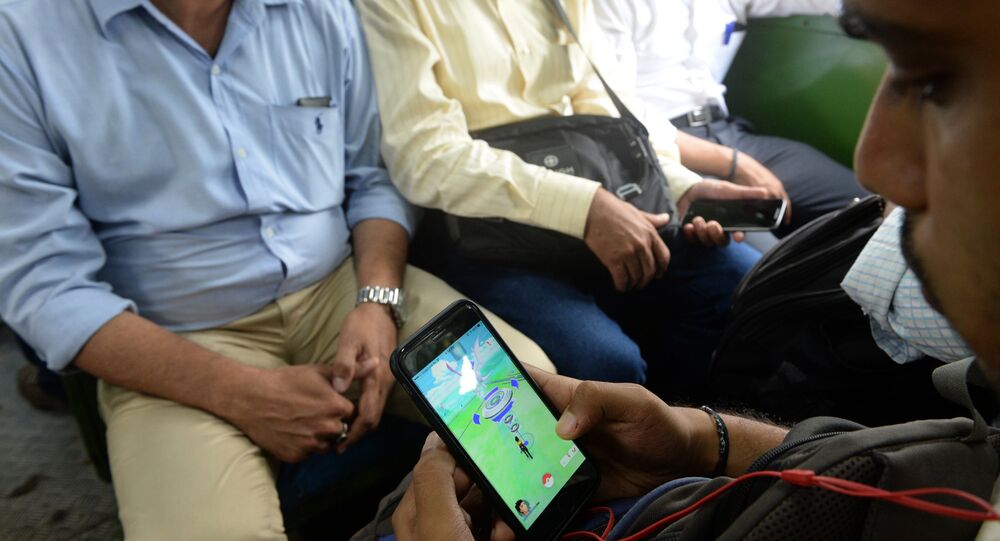 The Pokemon Go craze has reached dangerous proportions in India, which has forced Mumbai police to advise the game lovers.

© REUTERS / Carlos Garcia Rawlins
Venezuela’s President Warns of Pokemon Go Dangers
‘Pokemon Go’ hysteria is sweeping the world, leading players to encounter unforeseen hazards in the US, Australia, and throughout Europe. In India, Mumbai police have asked peoples to be careful while playing, as the city has also recorded its first ‘Pokemon Go’ accident.

Pokemon Go led to an accident in Mumbai when an inattentive 26-year-old driver was struck by an auto (motorized) rickshaw while distracted by the game.

Fearing the potential pitfalls of Pokemon Go players wandering into harm's way, Mumbai police department warned enthusiasts not to play the game in the middle of the road. In addition to traffic accidents, playing the game outside has led to other major problems.

Life is not a game. Especially not one to be played on the roads! #RoadSafety pic.twitter.com/qQghrHDNWr

"What we don't know is usually what gets us killed!" Roads have never been the best place to play games! #RoadSafety pic.twitter.com/k5xanoifIA

“If the game is played in a protected or enclosed space, there is no harm. The problem arises when the users of the game are so engrossed that they do not notice their surroundings,” Mumbai Police Spokesperson, Deputy Commissioner of Police Ashok Dudhe told media.

A Pokemon Go-related incident also occurred in Kolkata, when a nine-year-old Howrah boy decided to run away from home to go to Mumbai, where he could catch more of them.

The police rescued the Kolkata boy within a few hours, but experts warn that the impact of the new fad will have a far reaching impact.

Pokemon Go addiction has yet to cause major problems in India, but elsewhere it has led to muggings, abductions and robberies.

Due to worries concerning the impact of Pokemon Go, demands to ban the game have been growing. Indonesia has restricted public officials from playing Pokemon Go, while Egypt has banned the game altogether. Many Russians believe that the game's rollout resembles a Western intelligence gathering ploy, and have moved to keep it out of Russia.