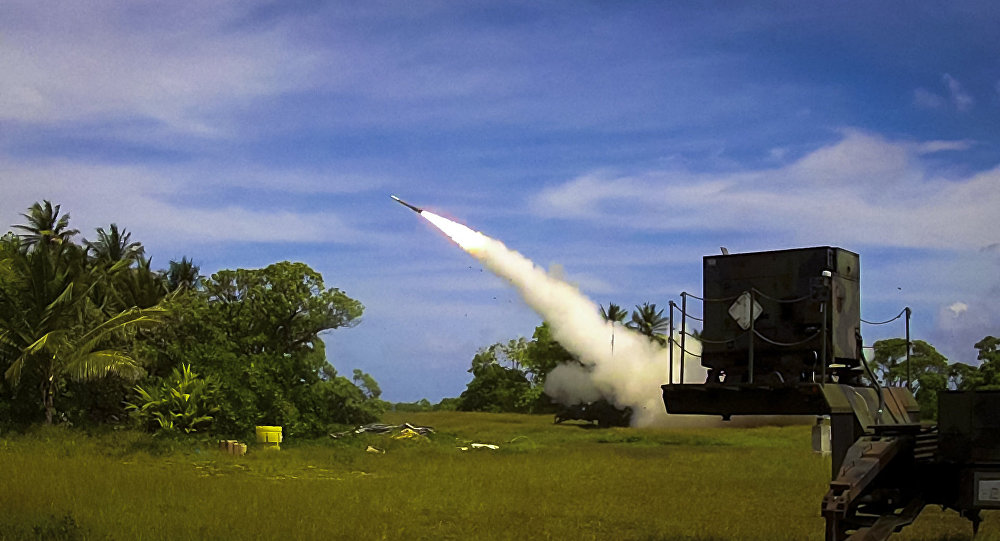 One day after Pyongyang suggested that it may declare war on the United States, and in light of advances in North Korea’s nuclear and ballistic missile programs, Tokyo rushes to get ahead of the existential threat posed by Kim Jong-Un.

© REUTERS / Yuri Gripas
Top US General Rushes to Turkey Amid Accusations US Plotted Coup
Japan plans to upgrade its Patriot PAC-3 missile defense system ahead of the 2020 Tokyo Olympic Games, as the country copes with the threat of a reportedly increasingly unhinged North Korean leadership, according to the Japan Times.

Reports that Tokyo plans to upgrade their missile defense, adding both range and accuracy to intercept increasingly advanced North Korean ballistic missiles, comes one day after Pyongyang used terminology to come within a hair’s breadth of declaring war on the United States.

Although social media users had fun with the idea that North Korea would declare war on the West, lighting Twitter up with memes mocking Kim Jong-Un, Tokyo does not believe that the bellicose rhetoric by Pyongyang is disingenuous.

The plan reportedly calls for the most significant upgrade to Japan’s military defense system in a decade, signaling that Tokyo worries that an increasingly isolated North Korean leadership may attempt to strike Japan and South Korea with weapons of mass destruction, even knowing that such an act would be national suicide.

The rollout of Tokyo’s advanced Missile Segment Enhancement, which would double the range of the current PAC-3 missiles to around 30 km (18.6 miles), will likely start next year, according to four unnamed high-level sources interviewed by the Japan Times.

"The upgraded PAC-3 is necessary to counter the Musudan," said one official, referring to North Korea’s intermediate-range ballistic missile.

North Korea is thought to be approaching the capability of launching a nuclear weapon against Japan, with conflicting reports earlier this year purporting that Pyongyang had mastered the miniaturization process; that of compacting nuclear material into a sufficiently small warhead to be carried by a missile.

© Flickr / apwbATTACK
New Yorkers: Would You Trade Your Personal Data for Free WiFi?

Pyongyang’s recent missile tests, though mostly failures, nonetheless cause concern, after North Korea test-fired two Musudan rockets. Although the first launch failed completely, the second traveled some 400km (249 miles), more than halfway to the Japanese coast, reaching an altitude of 1,000km (621 miles), enough to give its warhead a range of over 3,000km (1,864 miles), before falling into the sea.

The recent developments suggest that Tokyo is directly in Pyongyang’s crosshairs, should the so-called Hermit Kingdom engage in a nuclear strike.

Experts also note that North Korea’s Musudan missile would descend back to land at speeds of several kilometers a second, which they believe is too fast to be intercepted by the current PAC-3 anti-missile batteries, Japan’s last line of defense.

According to sources, Japan’s biggest defense contractor, Mitsubishi Heavy Industries (MHI), will work to upgrade the country’s PAC-3 anti-missile batteries under license from US defense contractors Lockheed Martin and Raytheon, after April 2017.

A spokeswoman for MHI warned against speculation on the PAC-3 upgrade, saying, "The Ministry of Defense has not made an announcement regarding this, so as a commercial company we are not in a position to comment."

Japan is the only country that has been struck by a nuclear weapon, at Hiroshima and Nagasaki in 1945. Today’s nuclear weapons possess on the order of 100-1000 times the destructive power of the 1945 bombs.