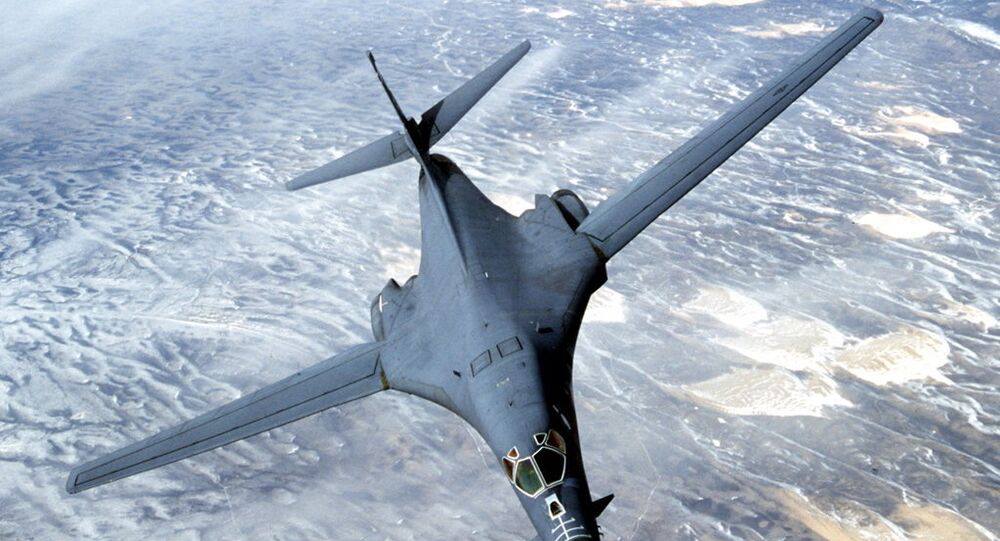 As the Obama Administration continues to shift the focus of the Pentagon to the Pacific regions, the US plans to station long-range bombers in Guam, roughly 2,000 miles from the South China Sea.

For the first time in nearly 10 years, the Air Force will deploy a squadron of long-range B-1 Lancer bombers to Guam, a US territory in Micronesia. The aircraft will be flown from Ellsworth Air Force Base in South Dakota next month, and the air wing will be accompanied by 300 airmen.

"The B-1 units bring a unique perspective and years of repeated combat and operational experience from the Central Command theater to the Pacific," reads a statement from the US Air Force.

"They will provide a significant rapid global strike capability that enables our readiness and commitment to deterrence, offers assurance to our allies, and strengthens regional security and stability in the Indo-Asia-Pacific region."

The B-1s will replace B-52 bombers currently stationed in Guam.

The deployment falls under the Pentagon’s plan to shift at least 60% of air force and naval forces to the Pacific by 2020, a strategy enacted since 2014.

"We may not have as many forces as we would like, but 60% of the forces will be in the Asia Pacific region," US Deputy Secretary of Defense Bob Work said at the time.

"The F-35 Joint Strike Fighter is going to go first to the Pacific. By 2018, the very stealthy and highly capable Zumwalt destroyer will be based in the Pacific, we hope. We’re putting more Aegis ballistic missile defense ships in Japan, and we’ve put a second TPY-2 missile defense radar in Japan."

Two years later, some of those plans still have major hurdles to overcome, as both the F-35 and Zumwalt programs have suffered serious setbacks.

With a range of 5,100 nautical miles, the B-1 bombers will be well within range of the South China Sea, where the Pentagon has already conducted a series of provocative naval and air patrols, citing "freedom of navigation." Beijing has warned against these moves.

Onlyonecanopy
US B-52 Bomber Crashes at Guam Air Force Base

"…China consistently opposes so-called military freedom of navigation, which brings with it a military threat which challenges and disrespects the international law of the sea," Sun Jianguo, admiral and deputy chief of the Joint Staff Department of China’s Central Military Commission, said earlier this month.

The pivot is largely meant to deter China’s growth, particularly in the South China Sea, where Beijing has built a series of artificial islands. While the US and its Pacific allies have accused China of attempting to establish an air defense zone in the region, Beijing maintains it has every right to build within its own territory and that the islands will be used primarily for civilian purposes.

A highly disputed waterway, most of the South China Sea is claimed by China, but there are overlapping claims by Taiwan, the Philippines, Brunei, Malaysia, and Vietnam. The United States has no territorial claims in the region.