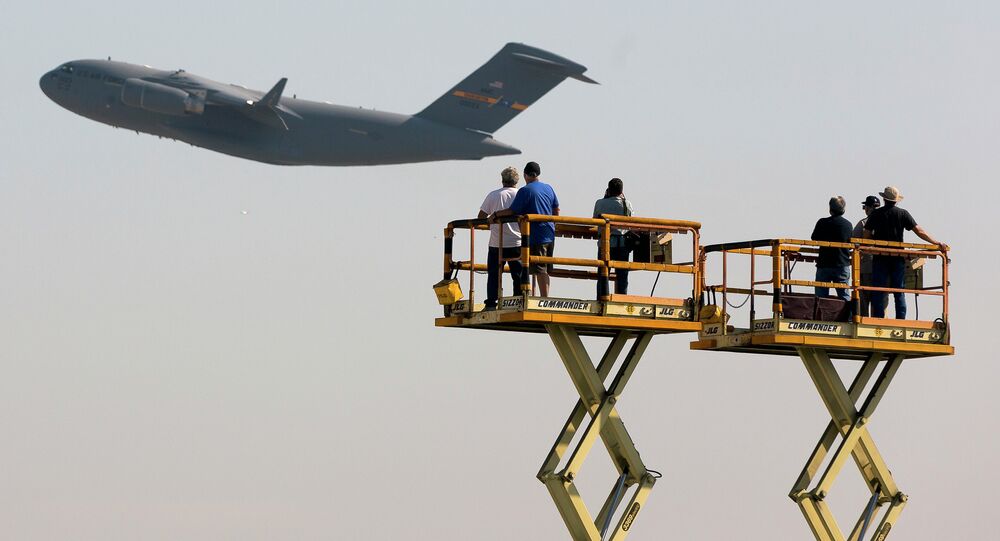 India alleges that Boeing has categorically failed to provide the training and infrastructural services that it had agreed to deliver as part of a deal for the purchase of ten C-17 heavy-lifting transport aircraft.

US manufacturing giant Boeing has failed to fully comply with the terms of a defense deal to provide Very Heavy Lift Transport Aircraft, worth billions of dollars. The Comptroller and Auditor General (CAG), India's top auditing body, published a report slamming Boeing for not providing contractually-specified flight and maintenance training facilities, despite three whole years passing since the 2013 deadline. As a result, the Indian air force is unable to fly or maintain the aircraft, undermining the very purpose of the deal.

The CAG report says, "As per the offset contract signed in June 2011, the simulator services were to be made available within two years i.e. by July 2013; however Boeing has yet to setup simulator services in India, which is affecting operation of the aircraft."

As part of the offset deal, Boeing was to set up a unique C-17 platform training facility for maintenance training at cost of USD 38.21 million and a C-17 simulator center for flying training at cost of USD 96.87 million by July 2013. The training requirement for initial qualification, quarterly skill reviews, additional instruction and special operations tests was estimated to entail 1,700 hours per year for the aircrew of the C-17 Squadron.

© Sputnik / IRKUT Corporation/Marina Lisceva
The Sky's the Limit: New Russian Plane Set to Compete With Boeing, Airbus
Apart from this, Boeing has broken another contract. Boeing had agreed to set up special support infrastructure by June 2013 at an estimated cost of USD 152.75 million, but has not done so thus far.  However, CAG also noted that there were no conditions stipulated for the imposition of penalties for a delay in supplies or the delivery of infrastructure services.

CAG also observed that the C-17 aircraft had been purchased for their high load-carrying capacity, with less loading/offloading time, but due to the lack of availability of ground equipment, the performance of the aircraft has been adversely affected to a large extent.

The Indian Air Force procured ten Boeing C-17 Globemaster III aircraft and associated equipment at a total cost of USD 4.1 billion from the US under the aegis of foreign military sales. The long-range heavy transport aircraft has in-flight refueling capabilities and a range of 4,200 km with a maximum payload of 70 metric tons and 9,000 km with a reduced payload of 40 tons.

According to the CAG report, "the annual average load airlifted by C-17 (in India) ranged between 13 tons and 18 tons per sortie, against the aircraft’s payload capacity of 70 tons. The operating squadron of the Indian Air Force stated that C-17 aircraft could carry only 35 tons of load (40 tons in winter) and on a few occasions, the C-17 was tasked for only 26 tons."