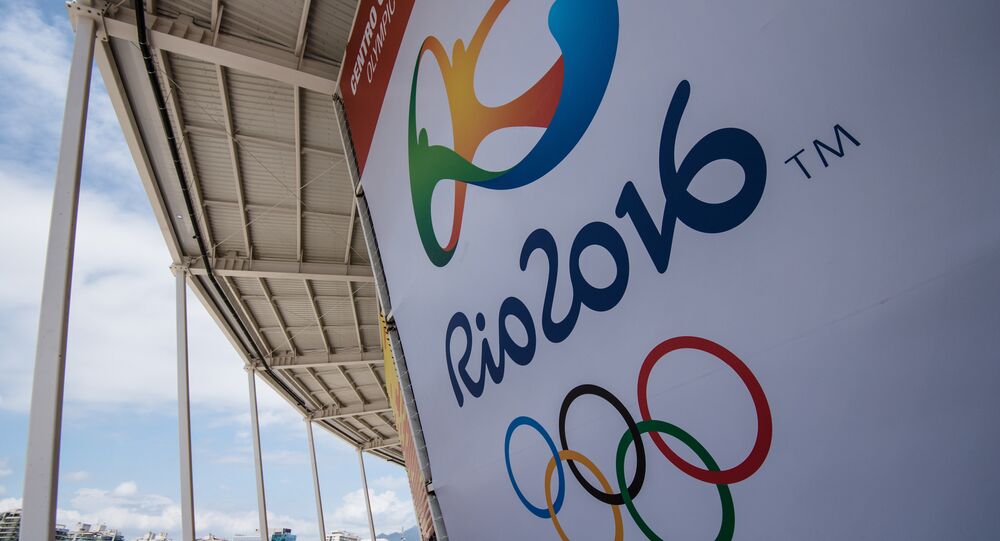 Indian wrestler Narsingh Yadav is under temporary suspension and will not travel with the 119 member Indian contingent for the Rio Olympics to participate in the 74 Kg category wrestling.

Brij Bhushan Sharan Singh, President of the Wrestling Federation of India told Sputnik, “Narsingh Yadav has competed in over 50 national and international tournaments. He would not commit such a mistake at this crucial juncture of his career. He has clearly denied taking any kind of banned supplement."

"Yadav has registered a written complaint that he has been a victim of a conspiracy. He has claimed that he had been taking the  food supplements. We have forwarded his complaint to the Indian Government (Prime Minister). I also personally feel that a player who has steered clear of all controversies would not make such a big mistake," Brij Bhushan Sharan Singh continues.

© AP Photo / Felipe Dana
Russian Olympic Committee Chief Says 8 Athletes Have Prior Doping Issues
"There are chances that his food supplement was tampered with. The Indian government has set up a committee to investigate all cases of alleged doping by sportspersons. The report will be declared in a couple of days. I am hopeful that the result will be in favor of Narsingh so that no other Indian sportsperson becomes a victim of such a conspiracy. In fact, such cases should be investigated by the Central Bureau of Investigation," tells Sharan Singh.

Narsingh Yadav is very excited to prove his mettle at the Olympics. I am sure he is going to shine. pic.twitter.com/jbBptK4aYe

​When asked whether or not India has the option to send another wrestler for the 74 kg category, Brij Bhushan Sharan Singh said,

"We have been apprising the IOA of all the related developments on a day to day basis. In the case of Narsingh Yadav, we have requested an extension of the deadline. We have recommended that Yadav holds a good track record and that we are conducting an internal inquiry. Therefore, we still have some time to decide. The IOA has decided to leave it to sports federations to decide the entry of athletes in the Rio Olympics. This has raised our hope that our athletes will also be given similar relief."

There's sabotage & conspiracy written all over the #NarsinghYadav "doping" affair. No way 3 wrestlers in 1 camp will test +ve to same drug

​The International Olympic Association (IOA) decided on Sunday  that it was up to the respective International Federations to decide on whether Russian athletes will be participating in Rio Olympic Games or not.

IOA has set out some criteria according to which athletes will be chosen for Rio Games.

IOA said on Sunday,“The IOC will not accept any entry of any Russian athlete in the Olympic Games Rio 2016 unless such athlete can meet the conditions set out below. Entry will be accepted by the IOC only if an athlete is able to provide evidence to the full satisfaction of his or her International Federation (IF) in relation to the following criteria: the IFs should carry out an individual analysis of each athlete’s anti-doping record, taking into account only reliable adequate international tests, and the specificities of the athlete’s sport and its rules, in order to ensure a level playing field."