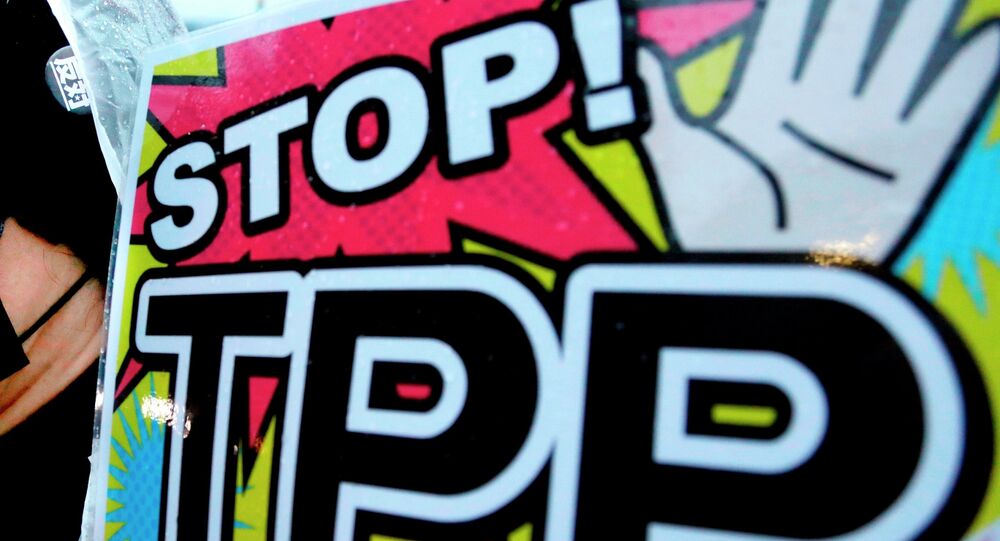 There are growing concerns over the recently negotiated Trans-Pacific Partnership (TPP) between the US and Pacific Rim countries after a key Australian government adviser warned the deal contains features of "questionable benefit" amid growing opposition to the agreement.

In an annual trade report, the Australian Productivity Commission echoed concerns raised in other TPP signatory states, warning against the investor-state dispute settlement (ISDS) provision, which allows foreign companies to sue national governments if they believe the government has introduced measures that will impede their commercial interests.

Our Trade and Assistance Review 2014-15 has just been released. You can read it here: https://t.co/VMmOlVnB1z pic.twitter.com/2kkOazsEnq

​"There are provisions in the TPP that the Commission has previously flagged as of questionable benefit. These include term of copyright and the investor state dispute settlement elements," the report said.

The use of ISDS, also known as a corporate court, has been an issue of huge controversy in Australia after tobacco giant Philip Morris used a clause in a bilateral agreement between Australia and Hong Kong to sue the Australian government after it passed laws in 2012 requiring all tobacco products to be sold with plain packaging.

Issues such as ISDS clauses should be properly and publicly taken into account before Australia commits to a treaty https://t.co/QW1oDaCKAa

While the Australian government eventually won the four-year case, the report warned the government "should seek to avoid the inclusion of investors-state dispute settlement (ISDS) provisions in bilateral and regional trade agreements."

​On delivering the Productivity Commission's report, commissioner Paul Lindwall echoed the sentiment, saying the court case against Philip Morris had come at a huge cost to taxpayers, with reports suggesting it legal fees were as high as US$37 million (AUD$50 million).

"As it was resolved on a technicality, and costs are apparently yet to be recovered, this success should not be taken as an indication that ISDS is essentially harmless," Lindwall said.

While national representatives have signed the deal, it has not yet been ratified by the parliament of any signatory state.

The criticism of ISDS and TPP comes at bad time for Australian Prime Minister Malcolm Turnbull's center-right government, which has maintained its support for the deal.

With a wafer thin majority in the lower house, the government is under pressure from the opposition Labor party, who have pledged to review three existing trade deals in the hope of removing the ISDS clauses.

​And while Australia has signed the TPP, there is concern it may not win the support of lawmakers to ratify the deal, with anti-free trade senators set to hold the balance of power in the country's newly formed upper house.

While the Transatlantic Trade and Investment Partnership (TTIP), currently being negotiated between the EU and US, is facing increasingly uncertain future, there are fears the TPP may also go the same way with growing opposition among signatory states.

​On top of the Australian protestations, both US Presidential candidates Hillary Clinton and Donald Trump have criticized the deal, with Trump labeling it the "rape of our country."