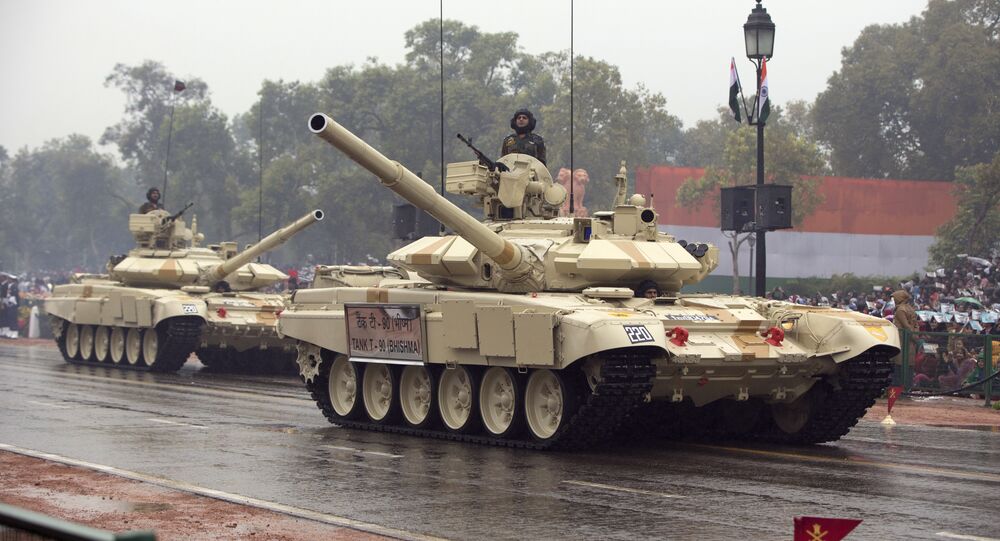 The recent deployment of 100 Indian battle tanks to the disputed border with China has caused speculation about growing tensions between the two countries, however, the reality of the move is nothing provocative, a former Indian Army official said.

The tanks were deployed to the Indian's perceived border in Eastern Ladakh, but the issue lies in that the Line of Actual Control is disputed. However, assumptions about growing tensions along the border are misguided according to Brigadier General Rumel Dahiya (Retired), Director General of the Institute of Defense Studies and Analyses (IDSA).

© Flickr / IAEA Imagebank
Nuclear Hub: India’s Andhra Pradesh to Get US, Russian Nuclear Power Plants
The reason for the deployment of the tanks was because of the difficulty for Indian forces to reach the border.

"It is very difficult to traverse the area. It takes longer than normal to travel by foot. In a situation like the 2013 incursion of Depsang valley and 2015 incursion of Demchok area, it would take almost four days for the Indian Army to reach there. Whereas, it is comparatively easier for the Chinese side to enter their area given the good condition of their roads and availability of mechanized forces,"  he said

The reason for the deployment was not to provoke the Chinese, but rather to deter them. The move was believed necessary by the Indian government.

"To ensure parity, there were two options before India. First option is to station troops right at the Line of Actual Control (de facto border), which is extremely difficult or to build new roads and improve condition of the existing ones. But, we can't have concrete roads everywhere. So the best India can do is to have mechanized force with tanks that can move in tracks on such difficult terrain. That is why tanks have been deployed there. But, no one can tell for sure how many tanks have been deployed. But it is clear that it has not been done to provoke conflict China. It is in fact a deterrence to conflict."

Dahiya made his comments in response to Indian Defense Minister Manohar Parrikar's comments about movements of Chinese forces along the border.

"As there is no commonly delineated Line of Actual Control (LAC) between India and China, there are areas along the border where India and China have differing perception of LAC. Due to both sides undertaking patrolling up to their perception of the LAC, transgressions do occur," he elaborated.