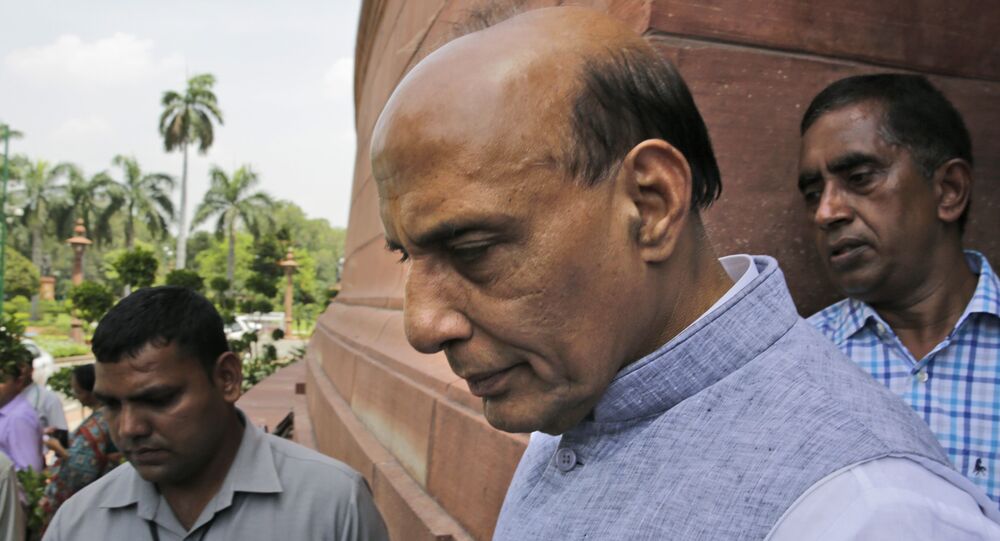 Home Minister Rajnath Singh will hold the delegation level talks with his Bangladeshi counterpart Asaduzamman Khan Kamal in New Delhi during which the activities of the Daesh, counter-terror cooperation and methods to check the cross border crimes will be discussed.

The increasing activities of Daesh, radicalization of youth, cross-border crimes and smuggling of goods will be high on the agenda of the India-Bangladesh Home Minister level talks. Both the sides will also discuss illegal smuggling of narcotics and cattle at the meeting.

Home Ministry sources told Sputnik that Bangladesh will provide India a list of suspected terrorists who might be hiding in India especially after the Dhaka café terror attack.

The last Home Minister level talks was held in Indian in December 2012 and in Bangladesh in January 2013.