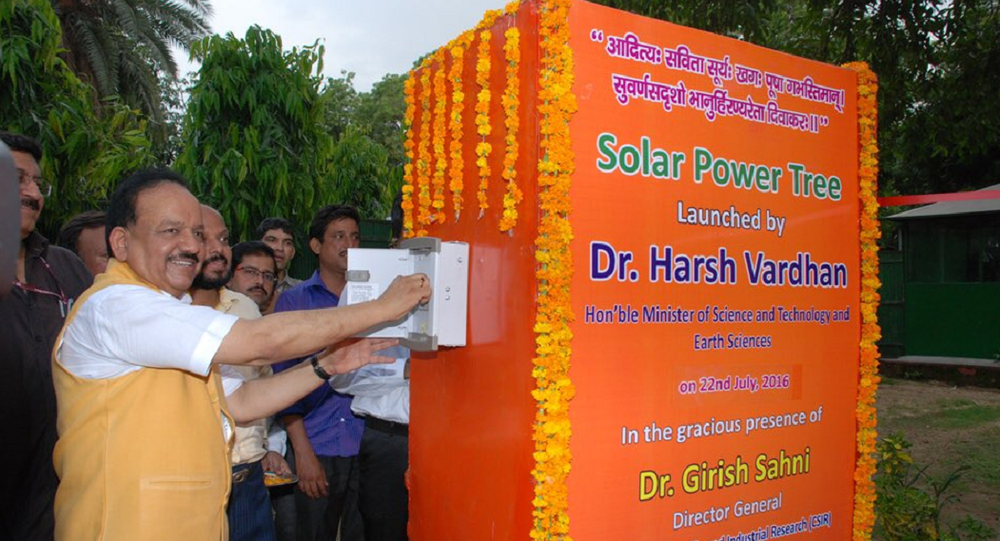 A solar powered "tree" developed by the Central Mechanical Engineering Research Institute, constituent laboratory of Council of Scientific and Industrial Research (CSIR) has gained the support of the Ministry of Science and Technology and Earth Sciences.

© Flickr / IAEA Imagebank
Nuclear Hub: India’s Andhra Pradesh to Get US, Russian Nuclear Power Plants
Harsh Vardhan further added that, "In order to produce 1 MW of solar power, 3.5 acres of land was needed for conventional solar panels layouts. Therefore, for any state in the country to survive on green energy, there will be requirement of thousands of acres of land. Acquisition of land is a major issue in itself."