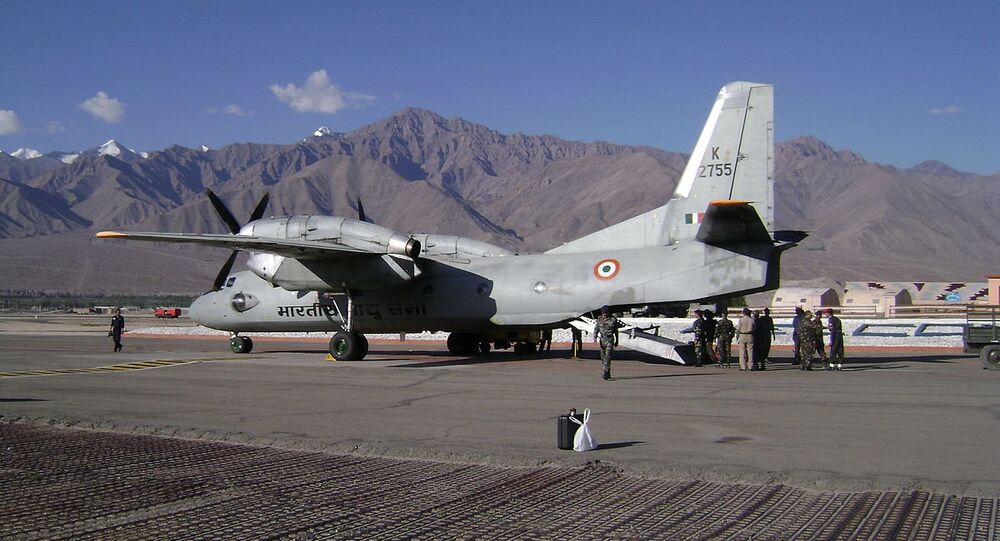 India has launched a massive search operation in the Bay of Bengal for a missing AN 32 Indian Air Force plane. A dozen ships have been launched to look for the aircraft.

NEW DELHI (Sputnik) — According to the Ministry of Defense, "a full scale search and rescue operation has been launched to look for IAF AN 32, overdue [for arrival] at Port Blair since 11.30 IST."

​According to an official statement, Indian Naval Ships Shayadri, Rajput, Ranvijay, Kamorta, Kirch, Karmukh, Kora, Kuthar, Shakti, Jyoti, Gharial and Sukanya have been deployed as part of the search and rescue mission.

​Meanwhile, one C 130, one AN 32, two P8 I and two Dornier aircraft have been launched to look for the missing jet.

The AN 32 aircraft reportedly lost contact just 16 minutes after it took off at 8.30 hours (IST) in the morning from Tambaram in Chennai. The search area is some 200 nautical miles east of Chennai. Participants include 29 persons who were on regular courier flights, one person from the coast guard, 11 navy personnel, 3 Air Force pilots and 2 from Andaman command.

Matter of great concern for all of us that IAF AN-32 Aircraft has gone missing. Pray to Almighty God for the safety of all those on board.

​This is the second aircraft to have gone missing from Chennai in two years. Last year, the Indian Coast Guard also lost an aircraft in mysterious circumstances.