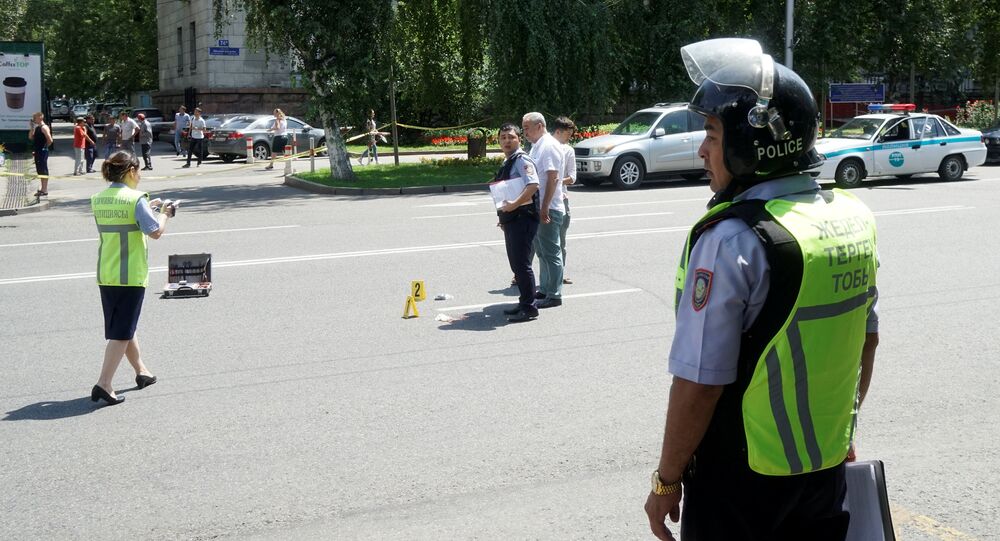 The detained suspect in Almaty shooting planned attacks on all law enforcement bodies, including judges, prosecutors, state security, and police, according to Kazakhstan’s minister of the interior Kalmukhanbet Kassymov.

ASTANA (Sputnik) – The detained suspect in the deadly shooting in southern Kazakhstan planned attacks on judges, Kazakhstan’s minister of the interior said at a government meeting Tuesday.

© REUTERS / Pavel Mikheyev
Almaty Armed Attack Toll Climbs to Six After Police Officer Dies From Injuries
The death toll in the early Monday shootout described by the Kazakh president as a terrorist act rose to six people after a police officer died mid-Tuesday from his wounds.

"He said that that he harbored vengeance for all law enforcement bodies, including judges, prosecutors, state security, and police. that is why he came to the Almaly district courthouse yesterday with a weapon in his backpack with which he attempted to kill judges and prosecutors," Interior Minister Kalmukhanbet Kassymov said.

The suspect moved on to the Almaly police building nearby half an hour later after failing to spot his victims, Kassymov said.

The suspect, who served time in prison where security services say he became radicalized, is also suspected of killing a female citizen of Uzbekistan late Sunday.