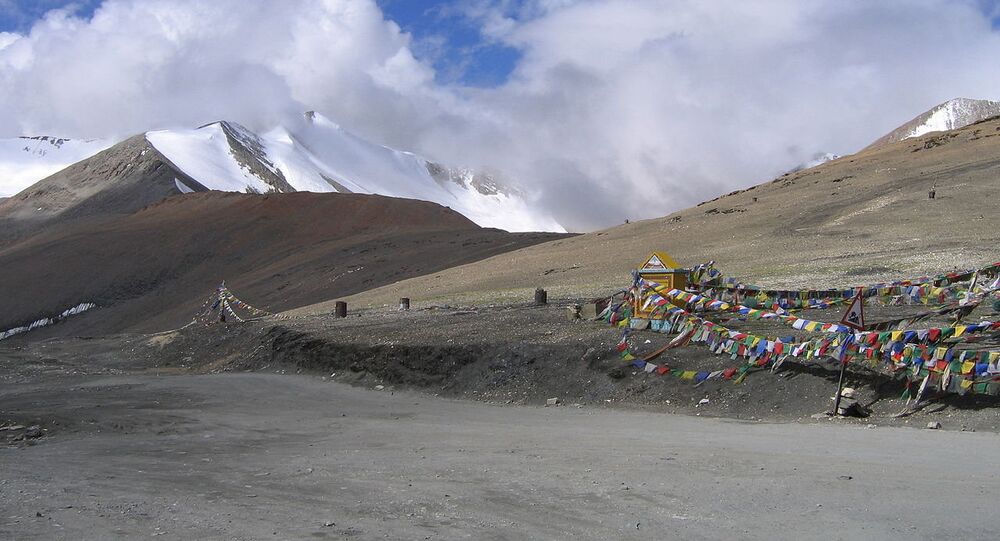 India is poised to set up yet another Advanced Landing Ground in Ladakh with the aim of blocking reinforcements to enemy troops through the Western Highway in a war scenario.

© AFP 2021
Three Indian Sites Added to UNESCO’s World Heritage List
The heightened threat perception of a China-Pakistan military nexus has prompted India to steadily beef up its order of battle on the Aksai Chin frontier with China in eastern Ladakh, the only frontier region facing both China and Pakistan. Taking it a step further, India plans to set up an Advanced Landing Ground in Parma Valley with the aim of targeting the G219 — or the Western Highway — considered the Chinese military's lifeline.

In the eventuality of a war, Indian forces believe that the proposed Parma Valley airfield can be effectively used to conduct aerial bombings to block Chinese or China-Pak aggression and prevent reinforcements for Chinese troops. Currently India has airfields like Fuk Che, Nyoma and Daulat Beg Oldie near the Line of Actual Control in Ladakh region.

Most importantly, unlike other airfields bordering Line of Actual Control (de facto India-China border), Parma Valley is at distance where Indian Armed Forces will be beyond the sight of Chinese forces.

Experts says Parma Valley may prove to be the most important strategic airfield in the region for the armed forces. Air Marshal A K Singh, Former Commander in Chief, Indian Air Force says, "Opening up of an airfield in Parma Valley, certainly bordering the Western Highway of China, would mean that some of the weapons which hitherto cannot be deployed, would be in a position to be deployed, and would then be threat to a movement on that particular highway.

© AFP 2021 / SAJJAD HUSSAIN
No More Paper Chase: First E-Court Opens in India
Now, it all depends on how China would use it. India is well within in rights to open up all the valleys that are there. If you look back 50 years ago, there were hardly any such areas available to India because they were inaccessible. Today, surely, India is moving forward into its own territory and is opening up these areas. Parma valley is also one of those areas which hitherto have been untouched and now when we open this sector, it gives us accessibility to the Western Highway which was opened by China, which India had also objected to that it is unethical on the part of China.

Now, with India opening up the valley, China has no legs to stand down because it is within Indian territory and India will be well within its right to (not exactly to threaten because India does not threaten any country) but certainly to exert its influence, should there be some mischief going on in that area."

Western Highway connects Xinjiang in China's southwest with Tibet after which it branches off near Quilanaldi and becomes the Karakoram Highway. This is the way through which Pakistan and China could launch a joint offensive against India.