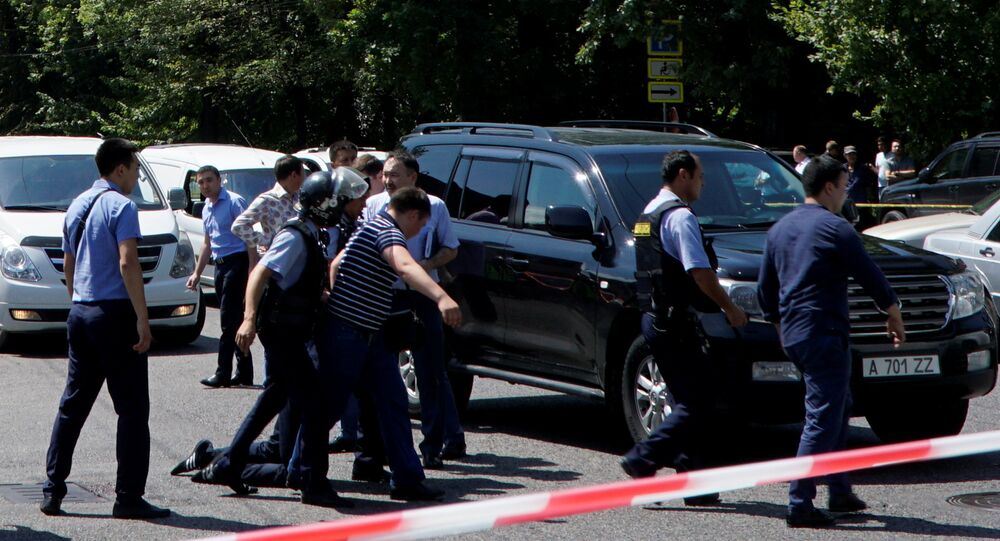 Active Gunman on the Loose in Almaty, Kazakhstan - Reports

The highest of terror alerts has been declared in the Kazakh city of Almaty following an armed attack on police officers Monday, according to the Ministry of Internal Affairs.

Kazakh law enforcement announced a counter-terrorism operation in Almaty and urged residents of the city to stay indoors and keep safe.

"In this regard we ask everyone not to leave their homes, to avoid crowded areas. All suspicious persons must be immediately reported to law enforcement agencies," the Ministry of Internal Affairs said.

Local authorities confirmed that one attacker was detained by police.

According to the Ministry of Internal Affairs, the arrested gunman is also suspected of murdering a woman over the weekend.

Earlier, multiple witness accounts described a man wearing black running onto a street with a machine gun and opening fire in the direction of the local police station.

Witnesses report on social networks that the man was “trying to stop a police car, and then ran east.”

The area has been cordoned off by police with reports coming in that police are engaged in a shootout with at least one perpetrator.

At lease one civilian and three police officers have been killed and seven more people in critical condition, according Kazakhstan's Interior Ministry.

​"The emergency care hospital is taken under armed security. It's reported that there are no victims among civilians. The hospital psychologists are on their way to work with the relatives of the injured men," Tengrinews.kz agency reported.

WARNING! Some of the images below contain graphic content!

​All gun shops in the city have closed on the orders of local authorities following the shooting, media reports.