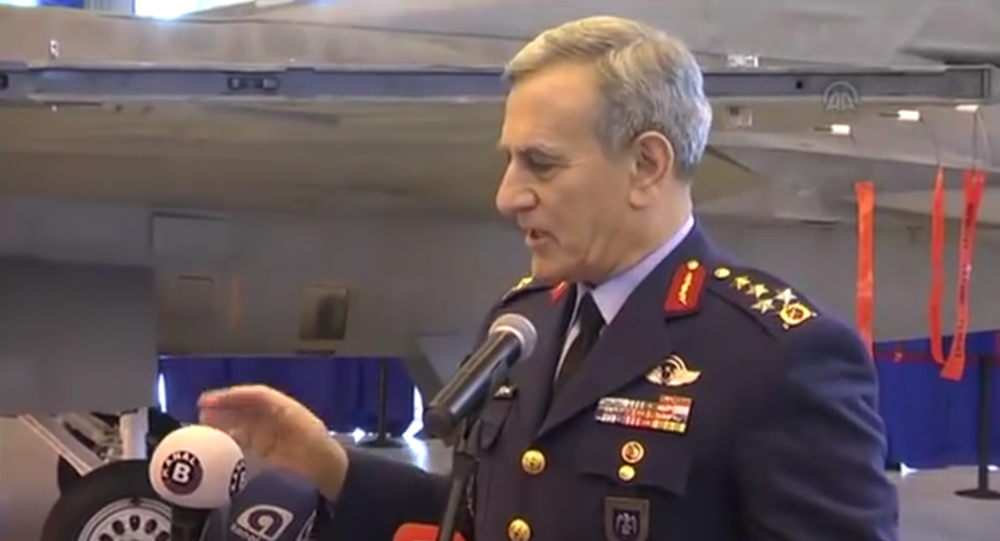 Akin Ozturk, who is an alleged leader of the military coup attempt in Turkey and the former commander of the country's air force, has been detained in Turkey, Sabah newspaper reported.

© AP Photo / Emrah Gurel
Soldiers Detained in Turkey Thought Coup Was a Training Exercise
Earlier in the day, it was reported that the coup attempt in Turkey was allegedly led by the ex-commander of the Turkish Air Force, Akin Ozturk. For about a year, Ozturk has been suspected of attempt to organize a military coup.

Ozturk was the commander of the Turkish Air Force from 2013 until 2015.

According to Sabah newspaper, Ozturk may be linked to Turkish Islamic scholar Fethullah Gulen staying in self-imposed exile in the United States, who was blamed by Ankara for the attempted coup.

US Adjusts Anti-Terrorist Campaign to Amid Turkish Airspace Closure