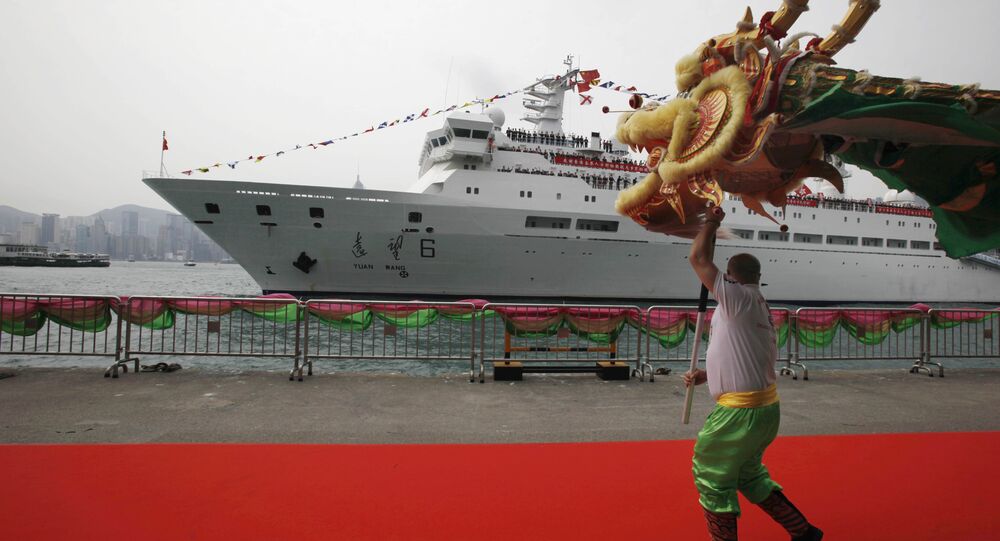 © Sputnik / Ilya Bogachev
China Plans to Build Own Space Station Similar to ISS
According to the China Satellite Maritime Tracking and Control Department, the vessel will be used for maritime tracking of the Shenzhou-11 manned space mission, and the Tiangong II space laboratory mission scheduled for later this year.

The department currently operates three other Yuan Wang-class ships (numbers 3, 5, and 6), based at Jiangyin on the River Yangtze, near Shanghai.

Yuan Wang 7, constructed by Jiangnan Shipbuilding, is 220 meters in length, 40 meters tall, displaces 25,000 tons, and is said to be able to can resist strong typhoons while operating 100 days at sea, the department said in a statement.

New PLA Navy AGMR Yuan Wang 7 as much about space tracking as Cosmonaut Yuri Gagarin, which spied on US & Israel. pic.twitter.com/YrlkxCHYeS

​The ship is said to be the most technologically-advanced watercraft designed by China for the use of space tracking. The vessel features three large dish antennae some 10-12 meters in diameter, and an array of radomes and aerials.

China built its first monitoring ship, the Yuan Wang 1, four decades ago, becoming the 4th nation on the planet to deploy this type of vessel, after the US, Russia and France. Since then, the Yuan Wang fleet has carried out some 70 expeditions, traveling over 1.5 million nautical miles in the Pacific, Atlantic and Indian oceans.

Travel Agencies in China Offer Refunds for Trips to Nice