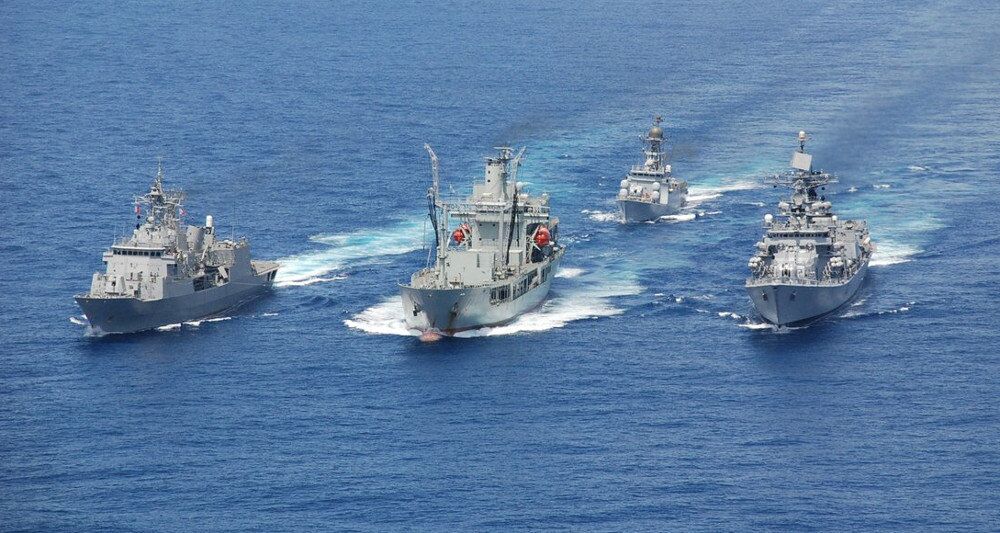 The Indian Naval Ships Sahyadri, Shakti and Kirch have arrived at the port of Kelang in Malaysia. The naval Ships likely to conduct exercises with the Royal Malaysian Navy.

According to a statement issued by India's Ministry of Defense, "Three Indian Naval Ships have arrived at Kelang on Friday morning on a four day visit as part of a deployment of the Eastern Fleet to the South China Sea and Western Pacific. The visiting ships are also likely to conduct exercises with the Royal Malaysian Navy aimed at enhancing interoperability in communication as well as Search and Rescue procedures, post departure from Kelang."

India-Malaysia defense ties date back to the colonial days when troops of Madras Native Infantry served in Malacca, Singapore and Penang. The Indian Navy has been a regular participant at the Langkawi International Maritime and Aerospace Exhibition (LIMA) in Malaysia. The last visit by an Indian naval ship to Malaysia was in May 2015, when Saryu berthed at Penang.

​The Ministry of Defense says that the current visit of Indian naval ships will further bolster the strong bonds of friendship between India and Malaysia and contribute to security and stability in this vital part of the world.

India is also looking to Malaysia as potential importer of Indo-Russian joint venture, the BrahMos missile. Naval versions of the missile are already serving the Indian Navy. Recently, the first carriage flight of Su-30 MKI aircraft with BrahMos missile was successfully achieved.

As US Attacks, EU Refuses to Gloat Over South China Sea Ruling