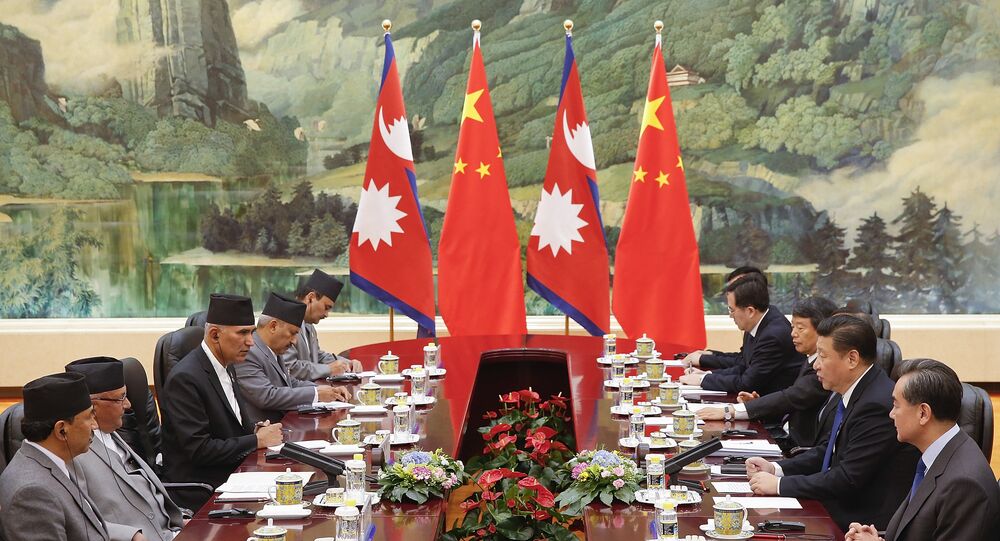 NEW DELHI (Sputnik) — The sudden change in Nepal's political landscape has turned the tide in favor of India.

© Flickr / Eunice Chan
Revolutionary Struggle: Nepal's Maoists Abandon Marxist-Leninist PM's Coalition Government
Ever since K. P. Oli of the Communist Party of Nepal (Unified Marxist-Leninist) became his country's Prime Minister in October following the implementation of its new constitution, his pro-China policies have been a cause of concern for India. India's government tried to mend ties with Oli, but his continued overtures towards China ended up being a bone of contention between the two neighboring countries.

Some of India's foreign policy hawks continuously advised the Indian Government to find a way to prevent Nepal from slipping completely into China's sphere of influence, even as opposition parties in India were attacking their Prime Minister's foreign policy towards Nepal, which was seen as a failure.

Meanwhile, the Madhesis protest erupted, which was seen by many as an Indian attempt to settle a score with the China-leaning Nepalese Prime Minister. Madhesis are basically Nepalese citizens of Indian origin who settled in foothills of Himalayas generations ago. Madhesis effectively act as an Indian pressure group in Nepal. Capitalizing on the grievances of the Madhesis, India launched a protest against Prime Minister Oli.

The Indian government attempted to have Oli ousted again when, on May 5, Maoist leader Prachanda announced that he would withdraw support from the government; however, the move was reversed overnight under pressure from China. India's alleged game plan was foiled again.

This time, however, the Maoists want the Marxist-Leninist Prime Minister to resign. The next government likely to be headed by CPN (M) Chairman Pushpa Kamal Dahal, or ‘Prachanda', with the support of the Nepali Congress, led by Sher Bahadur Deuba.

A regime change in Nepal will definitely increase India's sphere of influence in the country, which it will try to keep intact at any cost. However, China shouldn't be expected to simply sit and watch, and Nepal's communist conundrum should be expected to further aggravate the rivalry between India and China in the region.