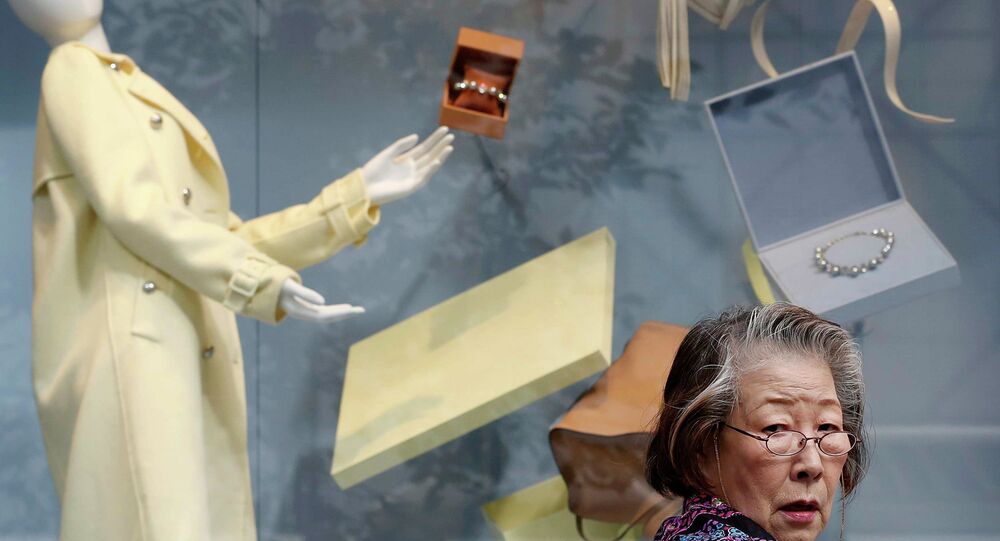 Both the Chinese mainland and Hong Kong continue to experience a slowdown in spending on luxury goods, with a slowing economy dampening consumer confidence, according to Deloitte China.

The report found that the average sales of each of the top 100 luxury goods companies reached $2.2 billion in 2015.

Salvatore Ferragamo SpA earned 321 million euros ($358 million) in revenue for the January-March quarter this year, down 1.8 year-on-year, according to its interim financial results for the 2015-16 fiscal year, ending on March 31.

The Asia-Pacific region, its top market in terms of revenues, saw revenues fall by 3 per cent year-on-year in the January-March quarter, mainly due to deterioration of the business in Hong Kong and Macao. The retail channel's revenue recorded a fall of 6 per cent.

Clearly, the economic environment became tougher for luxury goods players in 2015 and the first quarter of this year.

Difficult times in Asia had a significant impact on sales throughout the region, especially in Hong Kong and Macao, where a decline in local consumption and tourism hurt harder than elsewhere, the report said.

The Asia Pacific market's net sales fell 4.4 per cent year-on-year to 1.08 billion euros in 2015, despite being Prada's leading market, due to the downturn in Hong Kong and Macao.

The Chinese market ended the year with net sales of 705.8 million euros, down by 8.3 percent.

The Deloitte report examined and listed the 100 largest luxury goods companies globally for 2015, based on sales.

China is still driving much of the volume growth in luxury travel products, and this will continue as the next generation of potential luxury shoppers enter the workforce and start accumulating wealth.

Overall, Chinese consumers are the travel sector's biggest spenders and they remain strategically important for luxury brands. There are more than 400 million millennials in China, which is more than the working populations of the US and Europe combined.

© REUTERS / Jason Lee
Showdown: Economic Standoff Between US, China Reaches Acute Phase
Prices are no longer their primary concern; instead, they are more interested in buying brands and products with high quality and character, the report said.

Many wealthy Chinese tourists are staying away from the Hong Kong market, the report said. The middle class consumers who used to visit Hong Kong mainly for shopping are now turning to overseas markets or cross-border e-retailers for better prices.

On the Chinese mainland, the slowing economy has resulted in reduced spending; the government measures against luxury gifts in the corporate sector have also had an impact.

"There is a shift in the luxury path-to-purchase. Empowered by social networks and digital devices, luxury goods consumers are dictating increasingly when, where and how they engage with luxury brands," said Patrizia Arienti, Deloitte Global's fashion and luxury sector leader, EMEA region.

"They have become both critics and creators, demanding a more personalized luxury experience, and expect to be given the opportunity to shape the products and services they consume."

"The growth rate is slowing in important markets such as China and Russia, although some markets continue to perform well and there are pockets of opportunity across the globe. India and Mexico, for example, are growing quickly, and the Middle East offers further growth potential."

The key findings of the report also include luxury's new normal — that the luxury goods sector has now passed the mid-point of the "decade of change". The first half was characterized by the Chinese consumer and the explosion in the use of digital technology. The second half of the decade is expected to be characterized by discipline.

© AP Photo / Charles Dharapak
China Buys the USA: What Real Estate Boom Says About the Shifting Balance of Power
The external environment is likely to change in crucial areas, including an evolution in consumer buying behaviors, the merging of channels and business model complexity, an increase in international travel, the growing importance of the millennial consumer, and the continued impact of the global economy, according to the report.

To be sure, demand for luxury goods is growing. Sales for the world's 100 largest luxury goods companies continued to grow despite economic challenges, although the rate of growth was less than that in previous years.

Italy is once again the leading luxury goods country in terms of the number of companies. With 29 companies in the top 100, it has more than double the number based in the US, which has the second-largest number.