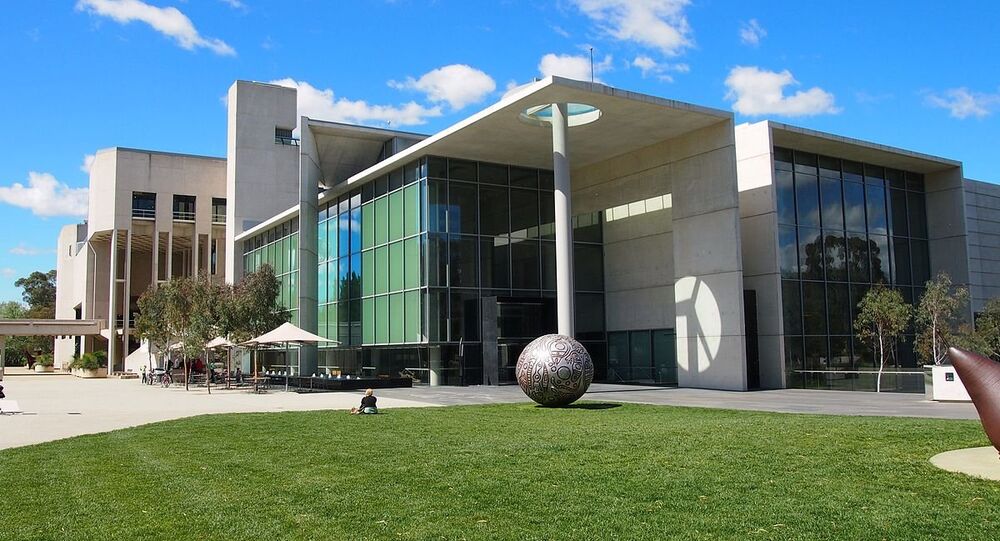 Australian Gallery May Have Bought Indian Antiques From Thieves

The National Gallery of Australia (NGA) is likely to repatriate two ancient Indian artefacts after evidence mounts they were purchased from smugglers.

The NGA antiquities, an 1,800-year-old limestone carving depicting a scene from the Buddha's life and a 1,000-year-old stone likeness of the Hindu tantric goddess Pratyangira, were bought by the gallery in 2005 for US $1.5 million from Subhash Kapoor, the owner of the infamous gallery Art of the Past, based in New York.

© AP Photo / Cliff Owen
US Returns 200 Artifacts Worth $100 Million to India
Kapoor, one of the world's most notorious smugglers, has been imprisoned in India since 2012 and awaits trial for ordering the theft of bronze Hindu gods from two temples. Kapoor allegedly obtained the pieces from antiquity trader Deena Dayalan, whose international activities came to light following his arrest in June, when 250 mostly stone pieces were seized from his properties.

An NGA statement released on Monday said the gallery would cooperate fully with investigations and would happily hand over the artifacts if they were indeed stolen.

"The NGA has conducted thorough provenance research into these two sculptures and is working closely with Indian authorities on the next steps," the statement read. "It is certainly possible they will be returned."

In 2014, one of the NGA's showcase pieces, the US $5 million Dancing Shiva, was returned to India by then-Prime Minister Tony Abbott after it was revealed that the piece had been purchased from Kapoor's collection.

Out of This World: Scientists Reveal Origin of Tutankhamun's Dagger