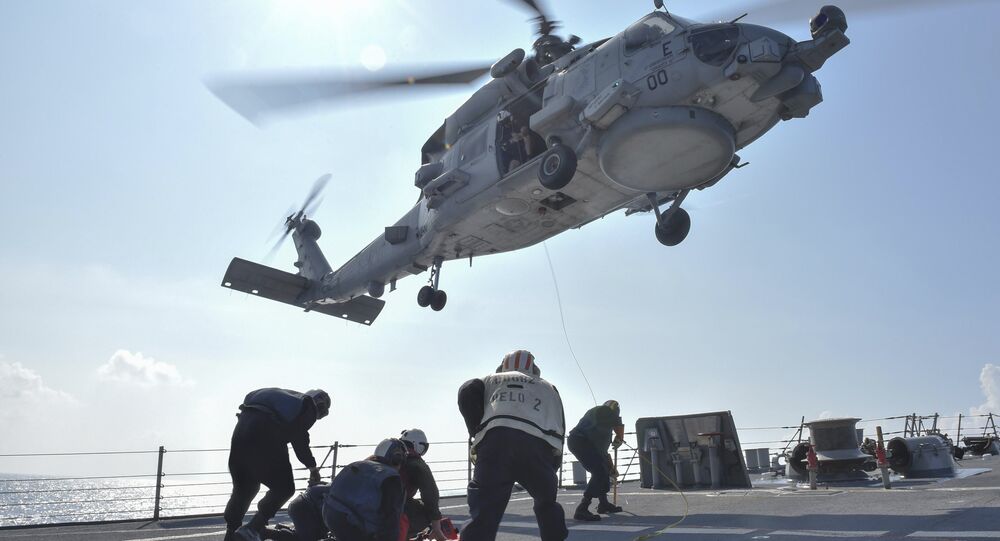 The US Marine Corps will move one of its amphibious expeditionary groups from the west coast of the United States to the Asia Pacific as early as 2019, according to reports on Wednesday.

Portions of the South China Sea are contested by China, the Philippines, Japan and Vietnam, each making overlapping claims on island chains and navigation rights. China has been constructing artificial islands on top of the coral reef habitats of the Spratly Islands, a group of more than 750 islands and reefs, over the past year. Beijing claimed sovereignty over the land and the 12 nautical mile zone surrounding the islands.

The United States has repeatedly warned it does not recognize the Chinese claims of sovereignty over the man-made islands, and has engaged of freedom of navigation exercises in the region. The US Navy has positioned two aircraft carrier strike groups — the Stennis and Reagan — in the Pacific in a show of force.

The 31st Marine Expeditionary Force stationed in Japan is responsible for conducting 90 day patrols in the Asia Pacific region. The additional amphibious group will provide the US Marines and Navy greater reach. US Marines based in Australia and Okinawa may join the new battle group, according to the report.