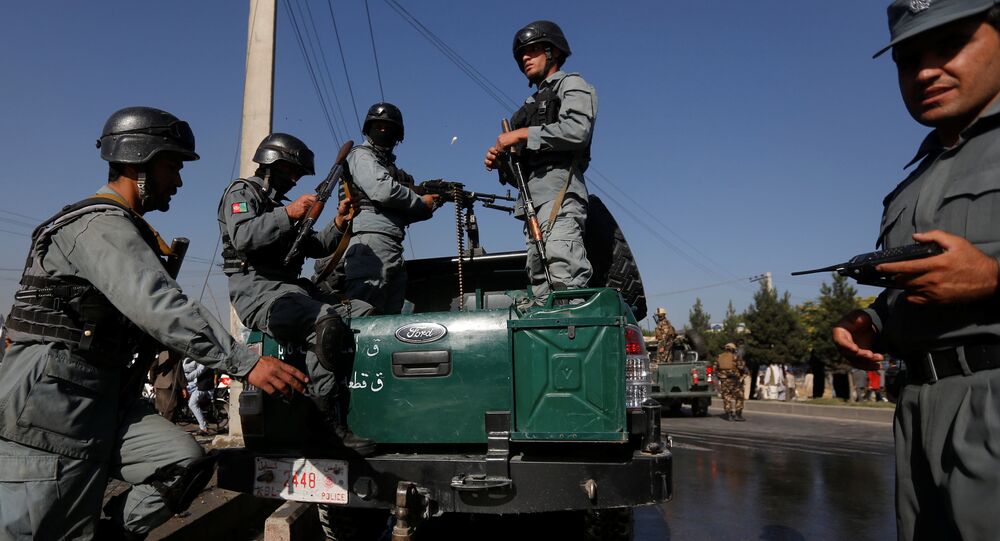 Afghan security forces and national defense killed 58 insurgents, including 43 Daesh terrorists in the eastern Afghan province of Nangarhar, according to a statement.

MOSCOW (Sputnik) — Afghan security forces killed 43 Islamic State (ISIL or Daesh) militants over the past 24 hours, the Afghan Defense Ministry said in a statement on Saturday.

"Over the past 24 hours, Afghan security forces and national defense carried out a series of operations to crush militants and protect people's lives and property in a number of provinces… During the operations 58 insurgents, including 43 IS terrorists were killed," the statement said.

© Flickr / ResoluteSupportMedia
At Least 30 Daesh Militants, Three Civilians Killed in Eastern Afghanistan
The statement added that the fighters from the notorious terrorist group were killed in the eastern Afghan province of Nangarhar.

Afghanistan is in a state of political and social turmoil, with government forces fighting the continuing Taliban insurgency, while other extremist groups, such as the Daesh group, outlawed in many countries including the United States and Russia, have also expanded their activities in the country and neighboring states.

Afghanistan Not Seeking Foreign Troops to Aid in Fight Against Daesh