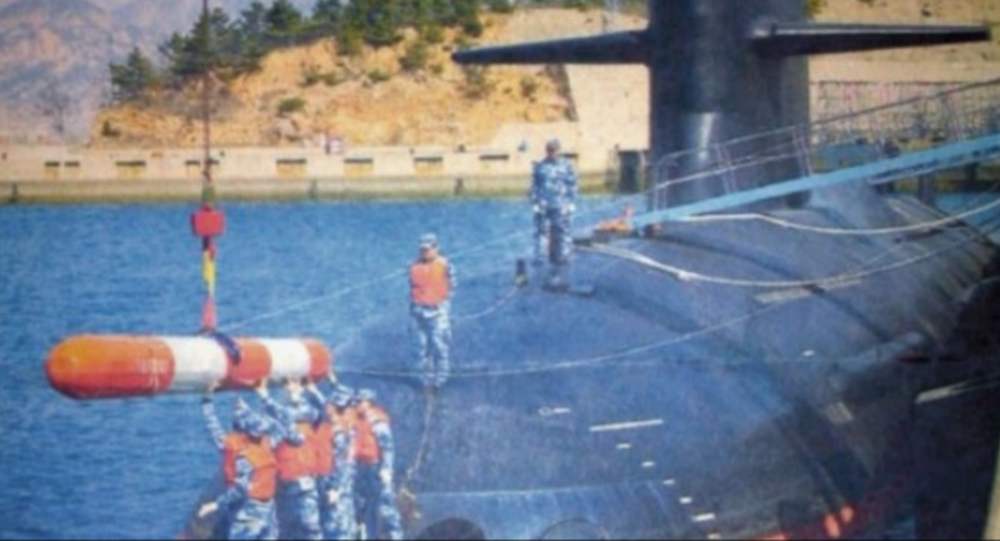 Amid ongoing tensions in the South China Sea, a new image has surfaced purported to be Beijing’s new Type 093 attack submarine.

In recent years, China’s People’s Liberation Army Navy (PLAN) has seen a significant boost in funding and development projects. China’s first aircraft carrier, the Liaoning, entered production, and a number of destroyers and frigates were added to its fleet.

PLAN has also seen an extension of its submarine program, and on Tuesday, a new image of the nuclear-powered Type 093 submersible emerged on the Chinese internet.

Beijing’s renewed focus on its navy is said to be due to increased tensions in the South China Sea. The United States and its Pacific allies have expressed opposition to China’s construction of artificial islands in the Spratly archipelago, claiming it's part of an attempt to establish an air defense zone.

Beijing maintains that is has every right to build within its own territory and that the island will be used primarily for humanitarian purposes.

"America’s superiority in undersea warfare is the product of decades of research and development, a sophisticated defense industrial base, operational experience, and high-fidelity training," reads a report released by the Center for Strategic and Budgetary Assessments released last year.

"This superiority, however, is far from assured."

A highly-contested waterway through which roughly $5 trillion in trade passes annually, most of the South China Sea is claimed by China, though there are overlapping claims by Brunei, Taiwan, Malaysia, Vietnam, and the Philippines.