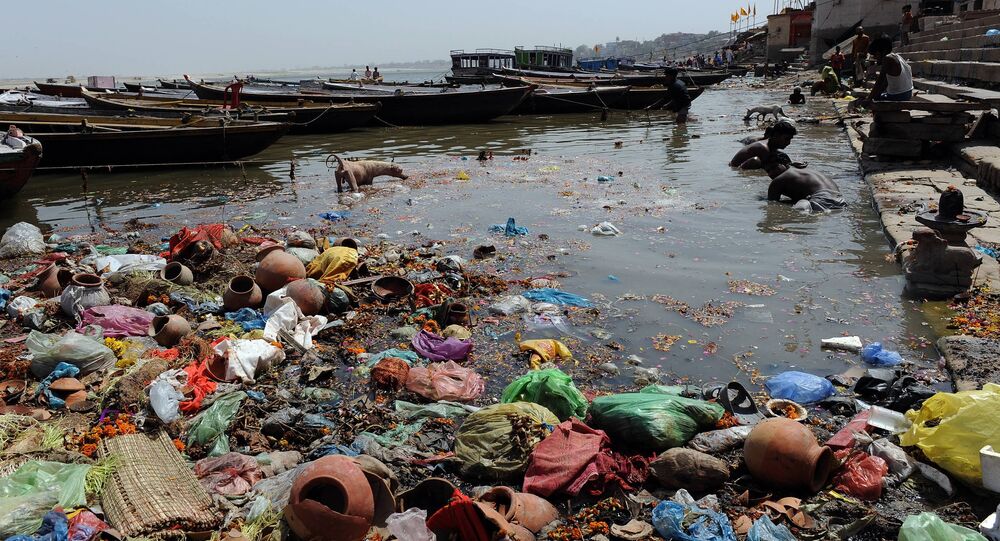 Seven students were swept away in the Ganga River in the Indian city of Kanpur while taking selfies.

Seven youths were swept away when they were taking selfies along the banks of the Ganga River in Kanpur. When one of the youths fell into the river while taking a selfie others jumped in the river to save him resulting in all seven youths being swept away by the current.

© Flickr / David Trawin / Revolver
Death by Selfie: Indian Teen Dies in Latest Horrific Accident
It is yet another tragedy in the series of selfie deaths in a selfie-obsessed India. In fact, India has the dubious distinction of having the highest number of selfie deaths in the world. India accounts for more than 40 percent of deaths every year and it is increasing rapidly.

This new selfie craze has taken many lives in India where social media obsession is at the peak among youths. Youths risk their lives just to take selfies and get likes and attention on social media.

© AFP 2021 / SANJAY KANOJIA
Over 100 Bodies Found in Ganga River, India to Investigate Deaths
One of the first selfie deaths dates back to May 2014, when a 15-year-old boy was killed by a speeding train as he was posing for a selfie on the track. In an incident in 2015, a 14-year-old boy got electrocuted when he was attempting to take a selfie on top of a stationary train.

Selfie deaths in India have increased since last year due to an increase in selfie addiction. Last year 15 people died while taking selfies. Most of the deaths have happened either falling form heights or drowning in the river. Up till now the total count of selfie deaths is 29 in India.

Increasing incidents of selfie deaths prompted state governments to create ‘No Selfie Zones’. Mumbai police have taken strict actions against offenders  and has identified 16 ‘No Selfie Zones’ across the city, after a man and a girl drowned in the ocean while taking a selfie.