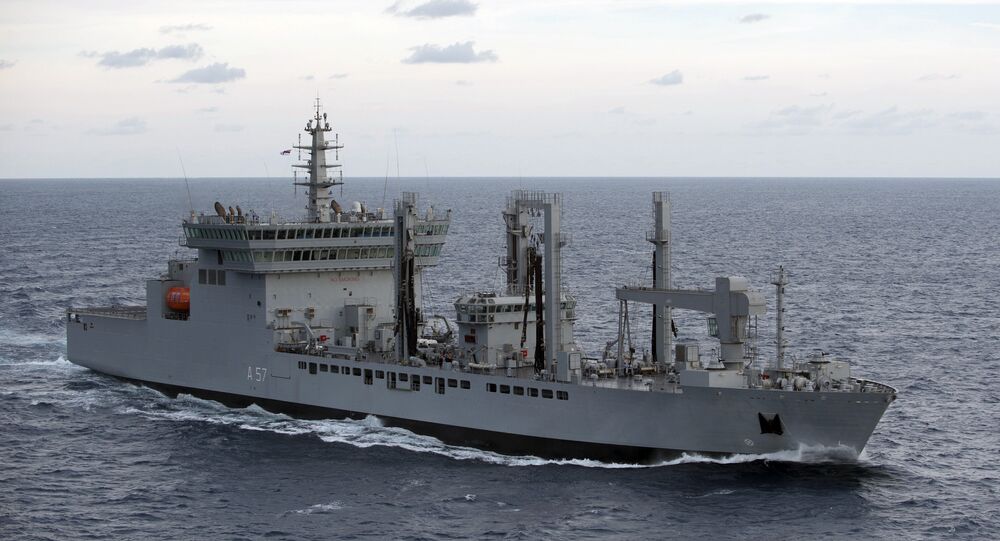 In a demonstration of India’s ‘Act East’ policy and the Indian Navy’s increasing footprint and operational reach, the Indian Naval Ships Sahyadri, Shakti and Kirch have arrived at Busan, Republic of Korea as part of the deployment of the Eastern Fleet to the South China Sea.

According to a statement issued by India's Ministry of Defense, the Indian Navy (IN) ships will have professional interaction with the Republic of Korea (ROK) Navy towards further enhancing co-operation between the two forces.

In addition, calls on senior government and military authorities, sporting and cultural interactions and sharing of best practices, aimed at strengthening ties and mutual understanding between the two Navies, are also planned.

The visiting IN ships are also likely to conduct exercises with the ROK Navy, aimed at enhancing interoperability in communication as well as Search and Rescue procedures, post departure from Busan.

© AP Photo / Anupam Nath
Indian Villages Look Over Border With Envy at Chinese Infrastructure
Defense and Security relations between India and the Republic of Korea have evolved steadily over the years and have received a renewed impetus with the visit of the Indian defense delegation led by the defense minister in April 16.

In addition, both countries have forged ties in the field of military R&D, with MoU signed between the Indian Defense Research and Development Organization (DRDO) and the Defense Acquisition Program Administration (DAPA) of RoK. The last visit by an IN ship to Republic of Korea was in October 2015, when Sahyadri berthed at Incheon.

The current visit seeks to enhance maritime cooperation between the Indian Navy and the ROK Navy with the aim to further bolster the strong bonds of friendship and contribute to security and stability in the area.