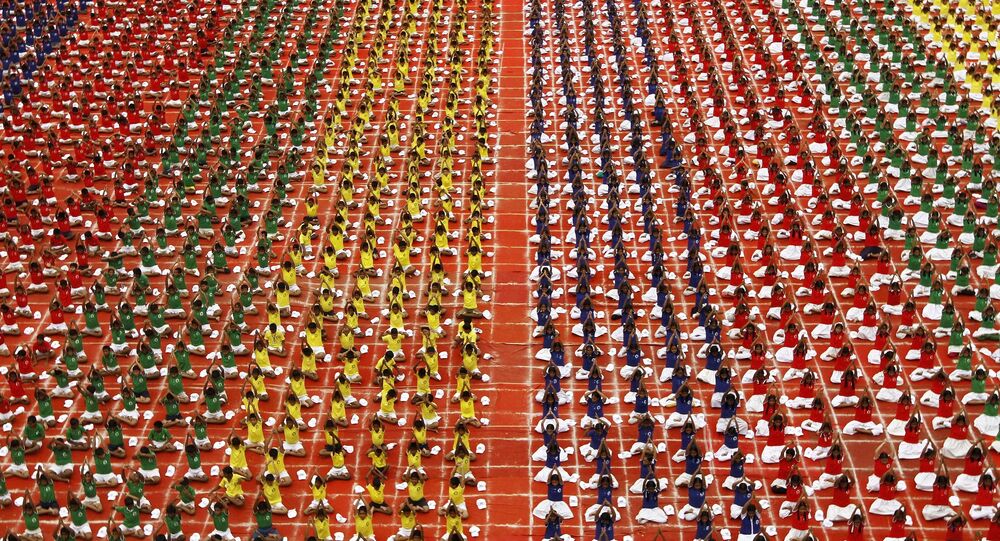 While taking part in celebrations of International Yoga Day, more than 1,600 pregnant women set a world record performing yoga in the city of Rajkot in Gujarat state.

© AP Photo / Saurabh Das
Summer Holiday: India Gears Up to Celebrate International Yoga Day on June 21
A new Guinness World Record was created by 1,632 expectant mothers who participated in the largest prenatal yoga class in Rajkot. The previous record was set earlier this month in China, where 913 pregnant women took part in a yoga class at Dr. Phoenixsun Maternity Hospital in Hefei city in Anhui Province on June 5.

"All the essential approvals were taken from the Guinness administration. We will send video and other important documents to register the Rajkot women as the new record holder," said Vikrant Pandey, an administrative official who organized the event.

As per criteria of Guinness World Records, all the participants were 12 weeks or more pregnant, according to the organizer. Though the minimum period required for the session was 30 minutes, the participants performed yoga for 47 minutes.

​Nearly 12.5 million people were involved in the second International Yoga Day celebrations held on June 21 at around 40,000 venues across the state. Anandiben Patel, Chief Minister of Gujarat, practiced "asanas" for almost 40 minutes along with more than 30,000 participants, including religious and spiritual leaders, police and administrative servicemen, lawmakers and corporates, who gathered at around 6:30 a.m. in Ahmedabad, the biggest city of the state.