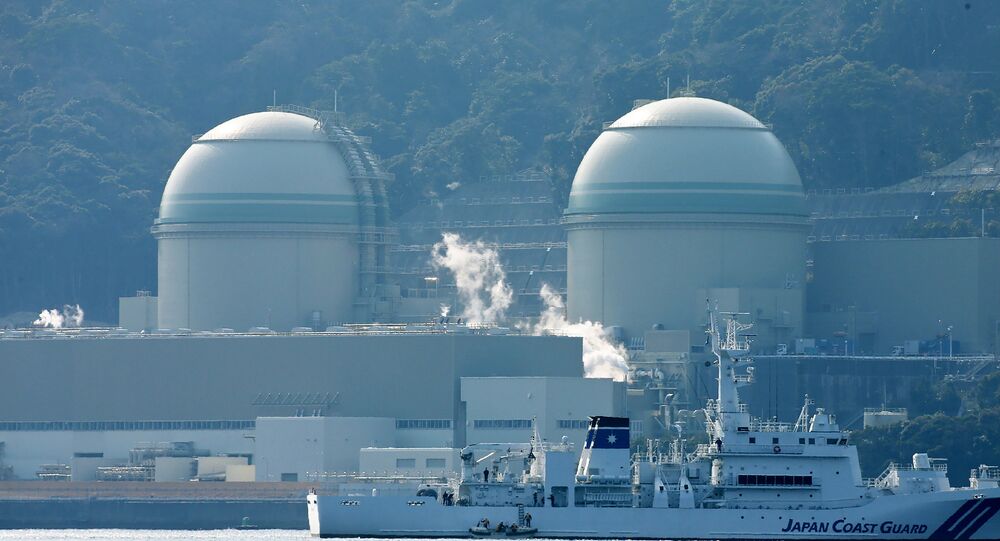 © AP Photo / Koji Sasahara, Pool
Greenpeace: Japan's Nuclear Industry Hasn't Changed After Fukushima Disaster
TOKYO (Sputnik) – As the maximum lifetime of nuclear reactors was set as 40 years after the 2011 meltdown at the Fukushima plant, this is the first case of the NRA extending the operation of aging reactors, the Kyodo agency reported.

In March 2011, a 9.0-magnitude offshore earthquake triggered a 46-foot tsunami that hit Japan's Fukushima NPP, leading to the leakage of radioactive material into the surrounding environment and the shutdown of the plant. The accident is considered to be the world's worst nuclear disaster since Chernobyl.

Before the disaster, NPPs supplied almost 30 percent of the electricity consumed in Japan. After the accident, all NPPs in Japan were either closed down or their operations suspended.

The Takahama NPP was shut down soon after the Fukushima NPP disaster. Three of its nuclear reactors were restarted in January.