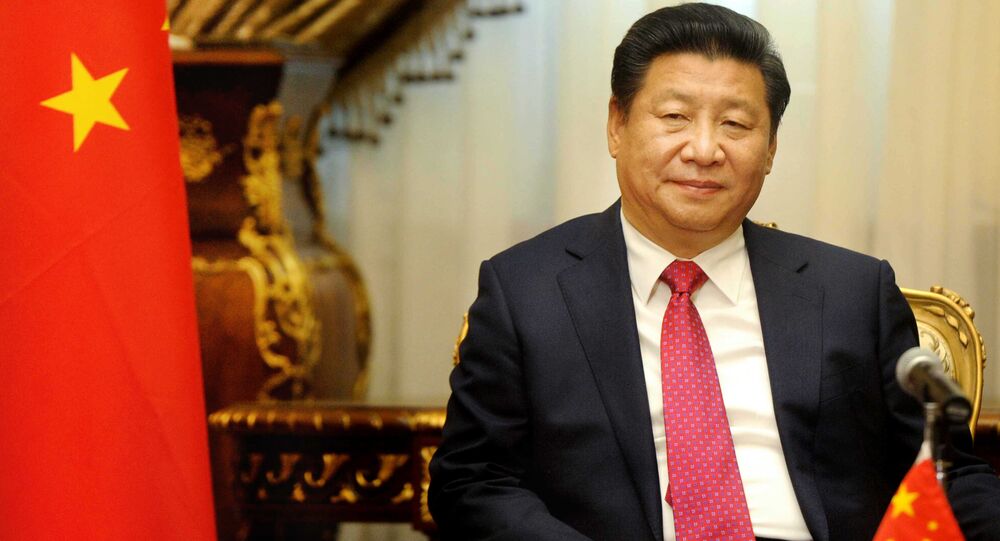 Chinese President Xi Jinping will pay state visits to Serbia and Poland on June 17-21. This is the second visit of the Chinese leader to Central and Eastern Europe this year. In late March, he went on a state visit to the Czech Republic.

© REUTERS / The Egyptian Presidency/Handout
Xi Jinping's Charm Offensive: China Extends a Helping Hand to the Mideast
Last time China paid a visit to Belgrade 32 years ago, to Warsaw 16 years ago and to Prague 67 years ago.

These visits can be seen as a clear indication of China wanting to strengthen its European vector in diplomacy and improve the value of cooperation between China and Central and Eastern European countries.

The Head of Economic Research Division at the Institute of Europe RAN, Anatoly Bazhana, predicted that there should  be no issue regarding China's interest to pivot to Eastern Europe.

“In Eastern and Central Europe, I do not see any issues with China’s plan for investment, except, perhaps, in the financial sector, since it has already been taken over by the largest European and American banks. As for the construction of new enterprises, I do not think there will be any difficulties for China,” Bazhana said.

Head of the School of Oriental Studies at the Higher School of Economics, Alexei Maslov, said that Central and Eastern Europe would be very pleased to take Chinese money in the economic belt of the Silk Road.

“This is not a gift and not some kind of sponsorship from China. It is, in fact, a transfer of a portion of Chinese business outside of China.”

“Today this region, in my view, is a relatively weak link. It does not have large financial resources and is ready to a certain extent to give way to China’s pressure. It creates a very important starting point for the expansion of China's presence in Europe,” Maslov said.

In January of this year, the Chinese company COSCO Group (Hong Kong) Limited won the tender and became the owner of a controlling stake in the Greek port of Piraeus.

Hence, with this deal China controls the entire logistics corridor of Piraeus, making Xi Jinping’s visit to Belgrade easier to consolidate China's leadership in this and many other future projects.