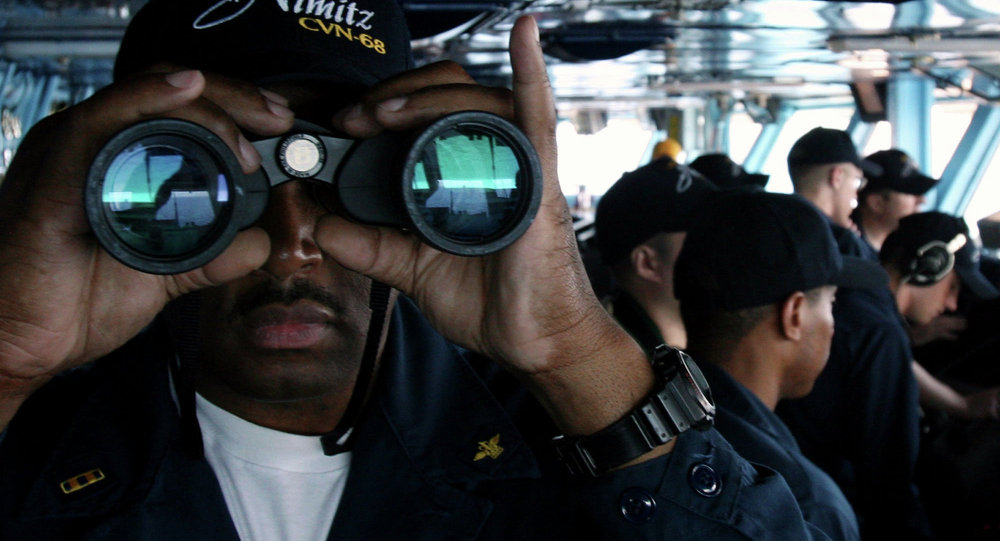 Conducting provocative military drills in the Western Pacific, the USS John C. Stennis has claimed it has been shadowed by a Chinese intelligence vessel, allegations denied by Beijing.

"There is a Chinese vessel about seven to 10 miles away," Captain Gregory C. Huffman, commander of the Stennis, told reporters.

The US aircraft carrier has joined Japanese and Indian warships for military exercises. According to the captain, the Chinese ship has been in pursuit since the Stennis left the South China Sea.

A separate US official, speaking on condition of anonymity, suggested that such occurrences are becoming commonplace.

"We are getting used to operating in close proximity of Chinese vessels," he said.

Chinese Foreign Ministry spokesman Lu Kang said he was not familiar with the situation.

A hotly contested region through which roughly $5 trillion in trade passes annually, most of the South China Sea is claimed by China, though there are overlapping claims by Brunei, Taiwan, Vietnam, Malaysia, and the Philippines. Tensions have been high between Washington and Beijing over the latter’s construction of artificial islands in the region.

As part of these latest drills, the Stennis joined nine other Japanese and Indian vessels along the edge of the East China Sea, near the Okinawan island chain. These islands have been the subject of a separate dispute between Beijing and Tokyo, as Japan builds new radar stations and anti-ship missile defenses in the region.

In response to the alleged Chinese ship, the USS Stennis intends to sail away from the other ships participating in the military exercises. This is intended to draw the Chinese vessel away from the drills, according to a Japanese Maritime Self Defense Force officer, speaking on condition of anonymity.

Tokyo has issued separate complaints about a Chinese warship entering Japanese territorial waters in the East China Sea. On Wednesday, Beijing denied allegations that it had violated international law.

"The Tokara Strait is a territorial straight used for international navigation," the Chinese Defense Ministry said in a statement.

"It is in accordance with the freedom of navigation principle of the United Nations Convention on the Law of the Sea for Chinese warships to sail through the strait."