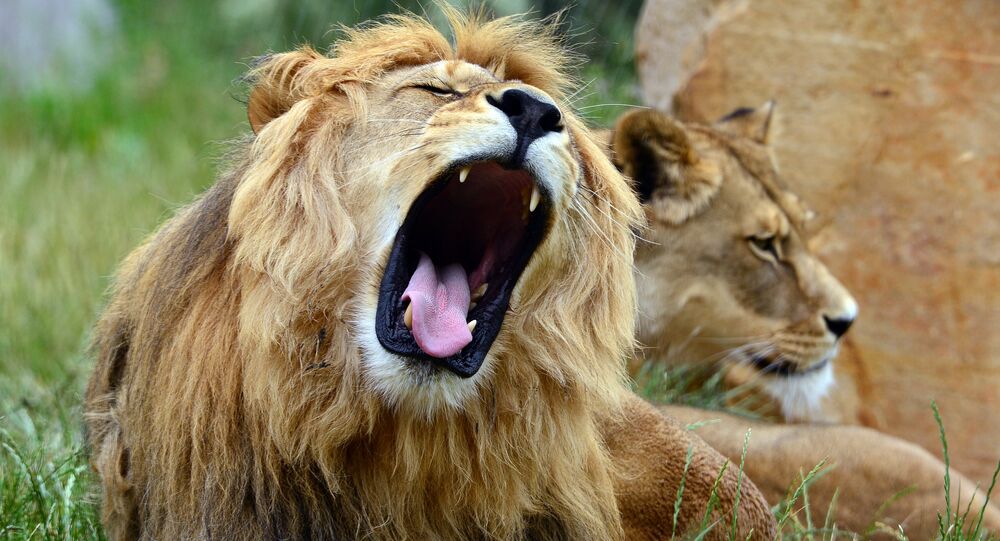 Caught Red-Pawed: 18 Lions Put on Trial for Murder in India

Suspected of killing three people, the kings of the beasts have been "arrested" by forest officials; the guilty one will get a life “zoo sentence.”

Forest officials in Gujarat, a state in Western India, have caught 18 lions after six attacks on humans were reported recently near the sanctuary, the only habitat of the Asiatic lion. In trying to identify the feline criminal suspected of killing three people, experts will test the lions' paw-prints and excrement. The "arrested" lions are held in separate cages while tests are being carried out.

For safety reasons, the killer will be kept in a zoo for life while the others will be released back into the Gir sanctuary, the officials told BBC.

Some experts consider the thriving lion population in Gir National Park as the cause to the growing number of lion attacks. As long as the park can accommodate only 270 lions, some prides are forced to roam outside its boundaries.

In April 2013, the Indian Supreme Court ordered the Gujarat state to send some of their Gir lions to other states to establish a second population there. However the state has expressed reluctance and has not yet complied with the order.