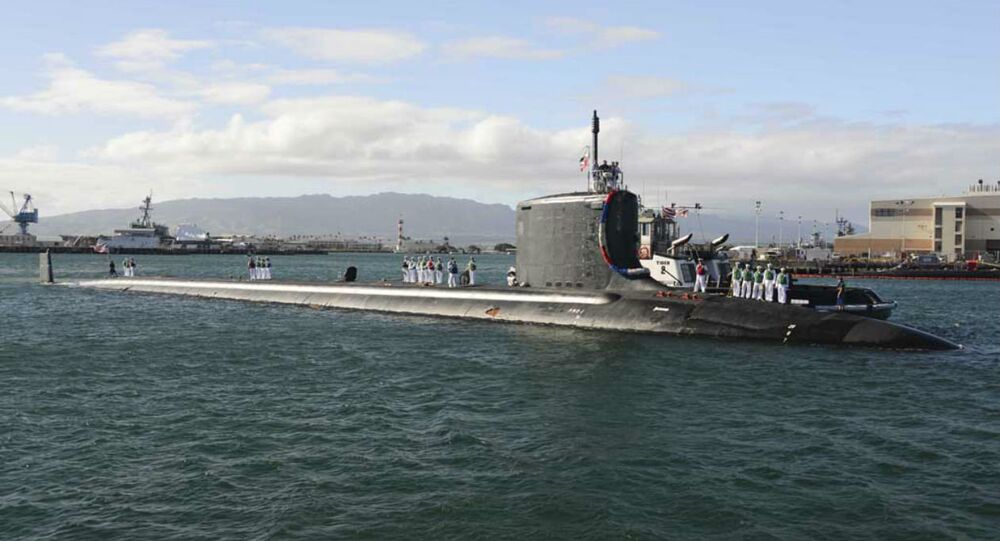 Amid escalating tensions on the Korean peninsula, a US nuclear submarine has docked in the port city of Busan, South Korea.

As part of a "routine visit," the USS Mississippi arrived in South Korea on Monday.

"This port call to Busan is a great opportunity," said Cmdr. Eric Rozek, in a statement released by the US Navy.

"The visit allows the crew to contact their loved ones back home following several weeks at sea. At the same time, my Sailors will also get the unique opportunity to experience the heritage, culture and history of Korea and continue to strengthen our relationship with one of our Western Pacific allies."

Part of the Navy’s 7th fleet, the Virginia-class attack sub is on its maiden voyage with a crew of 141 sailors. The nuclear submarine "will conduct a multiple of missions while maintaining proficiency of the latest capabilities of the submarine fleet."

The statement describes the Mississippi as "one of the most technologically advanced and stealthiest submarines in the world," and stresses that "she adds tremendous capabilities from the undersea domain to provide the United States and allies and partners with anti-submarine, anti-surface, strike, naval special warfare involving special operations forces and mine warfare."

While the US Navy attempts to portray the arrival as "routine," it’s hard to ignore the timing. In March, the United States conducted massive joint military drills with South Korea that involved over 317,000 troops and live-fire exercises with warships and aircraft.

This came in the wake of North Korea’s recent nuclear tests. In January, Pyongyang claimed to have successfully tested a hydrogen bomb. One month later, the North Korean government placed a satellite in orbit as part of a launch which the United Nations condemned as a thinly-veiled demonstration of its ballistic missile capabilities.

While the UN placed sanctions on the DPRK over the tests, Pyongyang has vowed to continue its nuclear program.

"North Korea will continue to develop its nuclear program because it believes that nuclear weapons are the only insurance for its survival knowing that for the last 15 years the United States was attacking countries and all these countries did not have nuclear arms," Reiner Braun, co-president of the International Peace Bureau (IPB) told Sputnik last week.

The United States has also deployed a fleet of F-22 stealth fighters to the peninsula in recent months, as well as new Patriot missile systems.